GL Homes will build a 3943-home development west of Riviera Beach near the Acreage neighborhood.   A 3.28 million-square-foot industrial park will also be included. The plan has been presented and county officials are taking it under review. The Acreage community has been the subject of years of complaints questioning whether the high rates of cancer and other ailments are due to environmental contamination.

Town of Palm Beach Councilman Robert Wildrick has alerted other town officials about problems with the municipality’s pension and other investments. The town’s council ordered a review by its Finance and Taxation Committee. The pension plan has $78 million in unfunded liabilities and the $207 million pension trust investments are not expected to fund those liabilities and projected retirement distributions over the next 30 years. 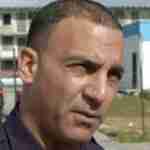 Shatara Shatara, a Palm Beach County sheriff’s deputy was cleared in the shooting death of his 21-year-old son Khamis Shatara, last Christmas Eve. Details about the case were kept confidential, but according to records released in the case, Khamis had a well-documented history of violent behavior. According to statements taken from family members, he was choking his mother, whom he had threatened to kill previously, when he was shot and killed. Khamis reportedly argued that he was sexually abused by a relative when he was 13-years-old; and that his parents neither protected him nor supported him after he made the allegations. It was further reported that he was provided counseling and was plagued by depression and mental illness.

Barb O’Donnell’s Teapots and Treasures shop, located on A1A in North Palm Beach, is closing after 15 years. The Live Oak Plaza where the revered tea shop is located is slated for demolition to make way for an expansion of the Mercedes Benz dealership next door. Teapots, like the other “Mom and Pop” stores in the plaza, are either closing for good or seeking new locations 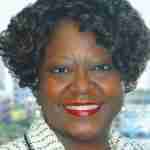 Frantz Francois is a Behavior Intervention Associate (BIA) at Intensive Transition South School in Lake Worth. He is one of four BIAs hired to maintain order at the special school for students who have had difficulties at other schools from around the county. He has been exonerated in several investigations alleging abuse and physical altercations with students, including beating one student unconscious. He is under investigation again for alleged abuse. 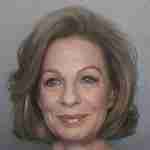 Broward County Commissioners have appointed Beth Talabisco, the former Tamarac Mayor who was acquitted of corruption charges, to the Governing Board of the South Florida Regional Transportation Authority (SFRTA) as the county’s business representative. Talabisco was mayor of Tamarac from 2006-2014 and a city commissioner from 2003-2006.

State Senator Chris Smith and stockbroker McKinley Williams have already announced their candidacies to challenge Incumbent County Commissioner Dale Holness for the District 9 seat. Smith was elected to the Florida House of Representatives in 1998, where he served several terms, some of which as the Democratic House Leader.

Sheriff Scott Israel is continuing his “Uniting Broward” outreach efforts and has scheduled a business workshop for women and minority-owned companies. The workshop will provide detailed information about how such entities can compete for contracts with the Broward Sheriff’s Office and gain access to vendor opportunities with the agencies. It will take place at 2:00 pm, Wednesday, Sept. 30 at the African-American Research Library & Cultural Center, 2650 Sistrunk Blvd., in Fort Lauderdale. The public is welcome and invited to attend this free event. For additional information call 954-831-8902.

While running for reelection in 2014, Miami-Dade County Court Judge Jacqueline Schwartz confronted a store owner who had installed an opponent’s campaign sign on his property, and demand he replace it with her sign. The store owner refused and Schwartz responded by cursing him out.  A complaint was filed with the Judicial Qualifications Commission, which issued a public reprimand of the judge and required that she write an apology letter. The Florida Supreme Court rejected that punishment and instead ordered a $10,000 fine and a 40 day suspension, without pay. Schwartz must also go to Tallahassee to receive a public reprimand from the Supreme Court judges. 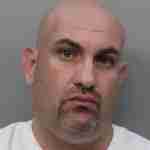 Osvaldo Batista, 39, the finance manager at the Kendall Dodge car dealership was arrested and accused of stealing customers’ credit cards and using the information to make purchases at Saks Fifth Avenue and other high-end retailers. He is charged with multiple counts of organized fraud, credit card fraud, white collar crime and identity theft. Anyone who believes they may have been a victim is asked to call detectives at 305-994-1000. 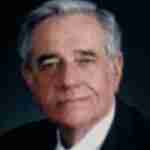 The Monroe County State Attorney’s Office is investigating whether funeral home owner Bob Dean’s residency claims represent violation of Florida voting laws. Deans is a longtime appointee to the board of the Florida Keys Aqueduct Authority. At issue is whether Dean was qualified to vote at a precinct in Key West. He has different addresses listed on his driver’s license and voter registration card than his property with homestead exemption and his mortician’s license. 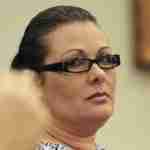 A judge has dismissed a lawsuit filed by Katherine Reitzel, the former Monroe County School District finance director who alleges she was fired for reporting financial irregularities. Reitzel’s lawsuit was filed in 2010. She was seeking her $95,910 job back with seniority, and back pay. Her allegations led to the ouster of then-Superintendent Randy Acevedo in a $400,000 theft case and an eight-year prison sentence for wife Monique Acevedo, who led the district’s Adult Education Department.

Next post Why is Pres. Obama allowing Shell to drill in the Arctic?