Fresh off of the controversy over Bethune Cookman University honoring Gov. Rick Scott with the school’s highest recognition award, another controversy is taking hold at the Daytona Beach based HBCU. This time it involves an alleged $5.6 million that was paid to a firm slated to construct new dorms for the college. Reportedly, the payments were not included in the contract and the board never authorized the payments. Furthermore, according to an auditor’s report, the payments were made prior to the company even being hired for the project.  Stay tuned.

Alija Kucuk, 29, was taken into custody by the FBI when his flight from New York landed at Palm Beach International Airport. He is accused of punching a flight attendant and threatening to blow up the airplane.

Clarence Williams, Chief of the Riviera Beach Police Department, has entered the race for the county commission District 7 race. It brings the number of candidates in that race to five. Williams says he has the support of community leaders. This is Williams’ first run for office.

Mario Grein, is charged with having sex with a 16-year-old girl, even after she told him her age. Grein had solicited the girl through a Craigslist ad. He admitted paying the child between $200 to $300 each time they had sex at a local motel.

Audrey Nichole Cuevas, 18, and Jeovany Quintana Acosta, 34, were tracked to the Star Motel in Hialeah and arrested. They are charged in the home invasion robbery of a woman at her apartment last month. The victim says she awoke to find a man with his hands around her neck. They took a flat screen TV, laptop computers, cell phones and also stole a car. 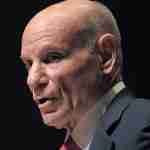 tate Attorney Michael Satz is holding a records sealing and expungement workshop. Entitled the ‘One Stop Shop,’ it will be held Dec. 10, at the Urban League of Broward County, 560 NW 27th Avenue, Fort Lauderdale. The forum will explain the process of how to get certain criminal charges sealed or deleted from public view and records. For additional information call 954-831-7209. 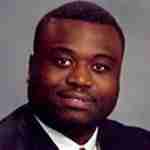 sts. The JNC will conduct interviews and finalize a list of candidates to be sent to Gov. Rick Scott for consideration for appointment to the bench. Phoebe Francois, a general magistrate, Donald Gelin, an attorney with the Broward Sheriff’s Office, and even State Rep. Perry Thurston are rumored to be considering filing applications for the appointments. 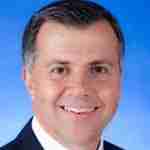 Miami-Dade County Commissioner Juan Zapata wants to rename portions of Kendall. He is proposing calling the area ‘West End.’ It would include the section of town along Kendall Drive, where West Kendall Baptist Hospital and Kendall Toyota are located. His plan is to first rename parks and
other public institutions, along with changing some street signs.

Miami-Dade County could be headed to court over allegations made against CareerSource South Florida Executive Director Rick Beasley. The county found years of discrimination, harassment and other charges made by eight women were unfounded. The federal Equal Employment & Opportunity Commission’s investigation found the women were, in fact, discriminated against. County officials are not taking any action, or they are keeping it secret. In any event, the U.S. department of Justice could be asked to step in to file suit over the EEOC’s determination.

FEE OR RIP OFF?

The cost for parking in Miami Beach has increased from $1.74 an hour to $4.00. City officials say the increase was needed to fund transportation initiatives and to pay for new construction. City Manager Jimmy Morales says residents will get a $1.00 discount.

The Florida Keys Mosquito Control District is accused of killing honeybees. The agency sprays to control and kill mosquitoes, but in the process may be killing other insects it is not targeting. Prior to spraying, beekeepers are alerted and can take steps to protect bees from the poisons. Mosquitoes are a nuisance and can carry deadly  viruses, but bees are vital, carrying pollen to fruits, flowers, vegetables and other plants.

The bodies of Tara Rosado, 26, and Carlos Ortiz, 30, were found inside their Tavernier home. Both had been shot to death. Neighbors found the couple’s thee and four year old children outside, who said their parents were dead inside the home. Monroe County Sheriff’s deputies confirmed it was not a murder-suicide and are investigating it as a case of double-murder. Anyone with information should call Crime Stoppers at 1-800-346-8477.

Marathon Mayor Chris Bull has resigned, effective Oct. 28 and the city council is accepting applications to appoint his replacement. Even candidates in the upcoming Nov. 3rd elections are eligible to apply for the seat, which has one year remaining in the term.