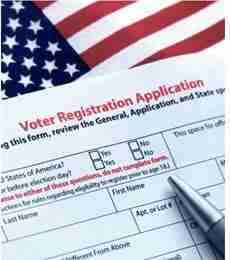 TALLAHASSEE – A new report from the Center for American Progress to be released Wednesday, July 11, finds that Florida could boost voter turnout by more than 570,000 if the state adopted new policies that reduce barriers to voting and make voting more convenient.

Ahead of this November’s mid-term elections, the report examines the problem of low voter participation in America, including structural barriers that keep Americans from having their voices heard.

For example, more than 478,000 additional people could have voted in 2016 in Florida if the state offered same-day voter registration. The report recommends that Florida adopt AVR, SDR, and automatically restore voting rights to formerly incarcerated people upon release from prison. It also suggests that Florida consider the feasibility of using vote at home with voting centers, which provides voters flexibility and can make voting more convenient.

Other projections in the report:

• An additional 4.8 million people nationwide could have voted in 2016 if all states offered same-day voter registration

• Online voter registration systems in every state could have boosted 2016 election turnout nationwide by 536,000 voters

• Early voting procedures in all states could have increased 2016 turnout by 789,500 voters.

These and other pro-voter policy reforms, and elimination of voter suppression tools, can help solve the problem of low voter participation. With a pro-voter system, the millions of Americans missing from our political system can exercise their power at the polls, resulting in a more representative and responsive government that works for all Americans. For example, the report finds that implementing AVR in all 50 states could result in more than 22 million newly registered Americans in just the first year.