Benefit for troubled kids/school in Pompano 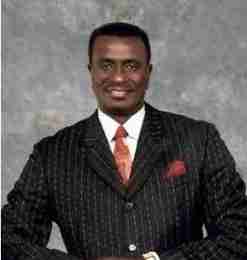 It’s the first time it’s ever happened. Clergy, lawmakers and other stakeholders in Broward County are coming together for the benefit of troubled kids at a Broward County public school. They may have done it singularly, but as a group, it’s a first.

The school is Cypress Run Education Center in Pompano Beach, an alternative school which serves middle and high school students who have major problems, whether behavioral or cultural. The kids have been booted out of their home schools for various disciplinary reasons, but the stakeholders say the school district is failing them.

They say the children aren’t getting what they need to get on the right track, so they’re no longer waiting for the district to act because the problem is imminent. The kids need help NOW or they face a desperate and horrifying fate, they fear. The group of law-makers, clergy and other concerned individuals say it’s imperative to save these mostly black boys and girls — so they are rallying together and hosting a Gospel Benefit Concert to raise money to help give these students hope for a better future. Right now, the kids are said to be on a “pathway to prison,” according to Mathes Guice, Founder and CEO of Community Reconstruction Housing, the group spearheading the effort on behalf of Cypress Run. Guice says currently the students are being ” warehoused” in a prison-like facility with no chance of a better outcome for their lives.

Some were sent to Cypress Run from their original school due to a one-time offense. Others were sent there due to repeated run-ins at their home school. The students faced possible expulsion from the Broward school district, so as a last resort were sent to Cypress Run for 90-180 days. But Guice says, as it stands right now, the school district offers no hope for these kids. “We, the stakeholders, have an obligation to these students, regardless of whether the school district is or isn’t doing enough for them. It’s really a disgrace. Anytime you deny hope to a child it’s a national disgrace,” said Guice. “The least the district could do is provide every child a pathway to a vocation” he lamented.

So Guice says he and other concerned individuals are taking matters into their own hands. On Sunday, April 23, at 6pm, they are holding a Benefit Gospel Concert to raise money to help these kids get on a positive path for their young lives. The concert will be held at Hopewell Missionary Baptist Church, 890 NW 15th Street in Pompano Beach and will feature choirs from Hopewell as well as the New Mount Olive Baptist Church in Fort Lauderdale and Koinonia Worship Center in Hallandale. The featured guest is Pastor Avery Jones and the Spirit of Life.

Guice will give the occasion and will chronicle the challenges faced by the children at Cypress Run and he will explain the need for the funding. The concert is free, but Pastor Robert Stanley says he hopes the fundraising effort will garner upwards of $50,000 for the programs desired at the school. They plan to implement prevention and intervention programs at the school. Stanley says he is lending his support to the effort because there is a dire need, although other schools may be in need as well, he says. Right now, he points out, is the time to rally behind Cypress Run. “Cypress Run is one of many that needs assistance,” said Stanley. “But this school is the one that happens to be on the radar at this time. It’s beyond me that the school board doesn’t have sufficient funds for these children. That’s what the Florida Lottery was supposed to be for,” he said, in reference to the fact that legislators pushed for a lottery in Florida, promising it would benefit education. “But we’re lending our support because it takes a village. If you see a need, you have to assist. We’re excited about the fact that we could make a difference in these students’ lives,” said Stanley. “If anyone knows me, they know I only lend my support behind those efforts which are a legitimate, worthwhile cause. We’re expecting a positive outcome.”

Sara Brown, Vice President of Development and Operations for CRH, said the organization received a grant from the Department of Juvenile Justice previously, and was able to provide some vital services for the school, but the current need is critical. They need funding for continuation and expansion of those services. Currently the CRH is only at the school once a week for a couple of hours and are funding out of pocket. Without expansion of these services, the kids have a bleak future. “We’re limited due to funding,” said Brown. “At the age of 16 and 18, these kids will definitely need to be job-ready. They need to know how to interview, how to prepare a resume. More funding is needed to increase the number of children we serve, and will help provide an all-important case management component. We also need to provide tutoring, life skills and introduction to vocational training.

This is vital,” Brown said. “With these components added, we’re Talking, offering them the chance for a $40,000 a year job instead of a $20,000 job. …and that’s with only a high school education. We need these services badly to give these students a fair chance in life. If given the opportunity —these kids are just regular kids without direction. That’s where we come in with our Rites of Passage program.

We give them the tools they need to make it in this world. And that’s all they need —a fair chance,” Brown added.

Guice said the effort on behalf of the school is a huge deal because of the historic nature of the gathering. It’s unusual, he says, to come together like this for the good of a cause. “Churches normally don’t come together for a common cause. But they’re coming together for this cause because something has to be done to save these children. It’s a desperate situation,” he gleaned.

For more information on the Gospel Benefit Concert on April 23 or about the Community Reconstruction Housing’s Rites of Passage program, please call 954-906-5524 or visit the website at www.crh954.com.