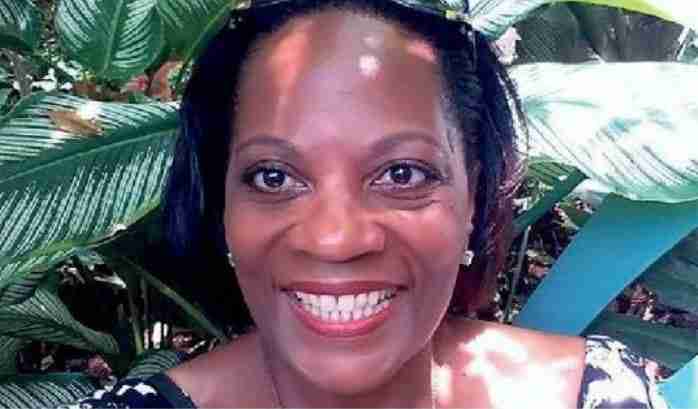 TRAILBLAZER: Alison Bethel McKenzie has been selected to become the first African American executive director of the Society of Professional Journalists

INDIANAPOLIS, Ind. – Veteran journalist and world traveler Alison Bethel McKenzie will become the 20th person and the first African American to lead the Society of Professional Journalists (SPJ) as its executive director.

“Alison is a game changer for SPJ,” said SPJ National President Rebecca Baker. “Her track record of successes, both as a working journalist and a tireless advocate for press rights and the practice of journalism, will help SPJ combat the forces that seek to diminish or destroy the role of the free press as a cornerstone of democracy in this country. SPJ and its members are fortunate to have Alison as our executive director, and I look forward to working with her.”

Bethel McKenzie, a graduate of Howard University’s School of Journalism, studied nonprofit leadership at Harvard Kennedy School of Executive Education and is nearing completion of an MBA in media leadership at the University of Cumbria (U.K.) in collaboration with the Robert F. Kennedy College (Switzerland). She begins her new role at the Indianapolis based SPJ on March 19.

“I am beyond excited to join an organization that I have held in high esteem since I first learned of it as a high school rookie reporter at The Miami Herald,”Bethel McKenzie said. “The work that SPJ has done in supporting both student and professional journalists as well as its diligent fight for press freedom in the United States and abroad is crucial – now more than ever.

“I look forward to sharing my experience with and passion for press freedom and best journalistic practices to help elevate SPJ’s work, including increasing the diversity among its membership,” she continued.

The mission of the SPJ is to promote “the free flow of information vital to informing citizens; works to inspire and educate the next generation of journalists, and fights to protect First Amendment guarantees of freedom of speech and press.”

The Miami native served for five years as executive director of the International Press Institute, the world’s oldest global press freedom organization, in Vienna. She was the first American, first woman and first African American to hold the position since it was founded in 1950. In addition, she has worked as a visiting professor of print and investigative journalism at the Indian Institute of Journalism and New Media in Bangalore, India.

Bethel McKenzie was a Knight International Journalism Fellow in Ghana in 2008-09, managing director of the Nassau Guardian in the Bahamas in 2007 and executive editor of the Legal Times in Washington, D.C. in 2006-07. She has also worked at The Los Angeles Times and The Miami Herald.

Earlier in her career, Bethel McKenzie worked as a reporter and editor at several newspapers in Louisiana, New York and Michigan. She was deputy business editor and senior assistant city editor at The Boston Globe and served as Washington Bureau Chief for The Detroit News.

“Alison is the real deal,” said Robert Leger, president of the Sigma Delta Chi Foundation, SPJ’s supporting foundation. “She’s been in the trenches with high-profile reporting positions, and she’s run a well-respected international journalism association. But what really impresses me is her passion for journalism and the First Amendment. She’s going to do great things. “

Bethel McKenzie’s start date is March 19. She is the second woman executive director for SPJ. Vivian E. Vahlberg was the first, serving from 1987 to 1990. The top leadership positions in SPJ are all currently held by women: president, president-elect, immediate past-president, secretary-treasurer and now, executive director.

“Alison has spent the last decade emulating SPJ’s work abroad: advocating for journalists’ rights and training them in best practices,” said Irwin Gratz, vice president of the SDX Foundation board and chair of the search committee. “We’re thrilled she’s coming back to the U.S. to work with us at a time when journalists here face their greatest challenge in generations.”