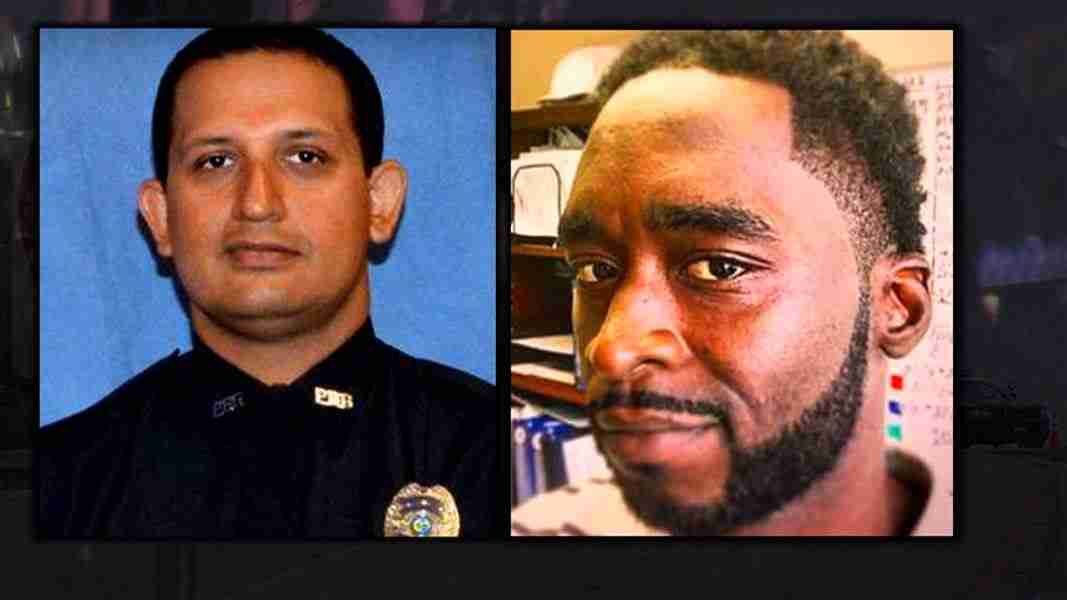 By CURT ANDERSON and MATT SEDENSKY
PALM BEACH GARDENS – A black man who was a public housing inspector and part-time drummer was shot three times by a plainclothes police officer near his broken down vehicle on Interstate 95 and never fired his own gun, attorneys for his family said Thursday.

Corey Jones had five wounds, some of them exit wounds, and one shot broke his arm and another entered through Jones’ side and lodged in his upper body, his lawyers said after meeting with the state attorney who is investigating the fatal shooting.

“If Corey had his gun out, he never made any kind of offensive action,” said Daryl Parks, an attorney for the Jones family.

Jones, 31, was shot to death early Sunday by Palm Beach Gardens Officer Nouman Raja, who stopped his unmarked van to check on what he thought was an abandoned vehicle and was “suddenly confronted by an armed subject,” police chief Stephen Stepp has said.

Details of exactly what happened next have not been released by police. Raja’s van didn’t have a dashboard camera and the department’s officers do not wear body cameras, the chief said.

Attorneys for Jones’ family, including Benjamin Crump, who has represented the family of Trayvon Martin and other slain African-Americans, met privately with Palm Beach County State Attorney Dave Aronberg on Thursday.

As the attorneys spoke to the media, several hundred people gathered for a rally outside the Palm Beach Gardens Police Department. One of Jones’ practice drum kits was set up on the stage.

“We want the community to come together,” said Jones’ cousin Tim Kitchens, who wore a “Justice 4 Corey Jones” T-shirt.

“We want to show how to be peaceful and still get proper and positive results,” he said.

The shooting of Jones has plunged his family into the ongoing national debate about police use of force, particularly in cases involving African-Americans.

Jones’ brother Clinton Jones Jr. said his brother would “not ever, ever, ever pull a gun on a policeman. Never.”

Jones was a musician who performed with local bands and had just left a gig early Sunday when his car broke down. A fellow band member tried unsuccessfully to jumpstart the car, then left Jones to await a tow truck along a dark ramp on I-95 in Palm Beach Gardens, an affluent city north of West Palm Beach.

Jones’ family thinks he may have thought he had to defend himself when Raja approached.

“Nobody understands how this could happen to Corey Jones,” said Crump. “Why didn’t he identify himself? Why didn’t he show a badge?”

Jones was running away at some point, but there’s no evidence he was shot in the back, Crump said. His body was found 80 to 100 feet from his car.

Jones, a graduate of the University of Akron with degrees in business administration and music, was passionate about drumming and organized monthly jam sessions where dozens of musicians from all over South Florida would come to the Bible Church of God and play gospel music, and sometimes a little R&B, well into the night. He was a quiet, laid back man who also enjoyed fishing, relatives said.

By day, he worked as a public housing inspector and also mentored at My Brother’s Keeper, an organization for black youth, according to his LinkedIn page.

Jones had the gun because he had expensive drums and other equipment, Crump said.

Violence is a rarity in Palm Beach Gardens, a well-to-do community known as the home to tennis stars Venus and Serena Williams.

According to the FBI, there was only one homicide last year in the city, where 89 percent of residents are white and have a median income far above the Florida average, according to the U.S. Census.

Jones lived in Lake Worth, south of Palm Beach Gardens.

Raja, 38, didn’t have any disciplinary actions or complaints since joining the Palm Gardens force in April, according to records. He previously worked seven years at the Atlantis Police Department, another small city in Palm Beach County. Police haven’t said what race he is.

Next post The Democratic Party’s strategy to total control