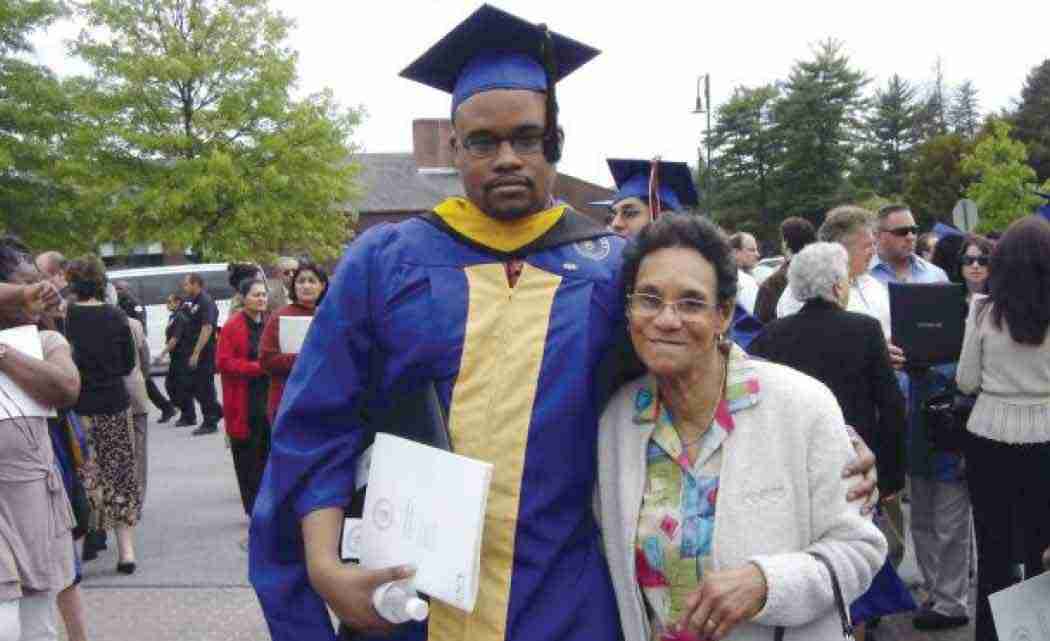 FORT LAUDERDALE, Fla. — Jermaine McBean decided one summer day in 2013 to walk to a pawn shop, buy a pellet gun that looked a lot like a real rifle and stroll down a busy street back to his apartment complex with the gun in plain view. He was likely listening to music through earbud headphones, something he did a lot.

Alarmed by the gun, several motorists dialed 911, worried that the 33-year-old McBean seemed to be acting strangely. Some noted there were children around.

Broward Sheriff’s Office deputies quickly arrived, saw McBean at the apartment complex and yelled for him to put the gun down. At first he didn’t react – perhaps he couldn’t hear because of his earbuds – then, as he began to turn around, he was fatally shot by Deputy Peter Peraza.

Now, nearly two years later, a Florida grand jury will investigate the McBean shooting. Homicide detectives have completed their investigation and turned the case over the prosecutors, who will soon present it to the grand jury. It’s not exactly clear when those jurors will get the case, nor why it has taken two years, though in Florida police shooting investigations can often take years to complete.

The McBean shooting generated only modest interest in 2013 but is getting renewed attention because of a wrongful death lawsuit his family filed and the national conversation about how police treat blacks. McBean was black and Peraza is Hispanic.

Broward Sheriff Scott Israel said his detectives have done a “thorough and complete investigation” and he believes the shooting was justified. His officers even received a prestigious award for their actions that day, even though they haven’t been cleared yet.

McBean’s mother accuses Peraza and the sheriff of seeking to cover up the facts surrounding McBean’s death, including lying about whether McBean was wearing earbuds, according to a wrongful death lawsuit she filed in federal court in May. The family’s lawyer, David Schoen, said the deputies would have “beyond any question” noticed the earbuds after the shooting.

“They knew the earphones would be a material fact for their theory that he refused to obey a command and so they lied. Not one of them had the character, sense of duty, or basic honesty to come clean,” Schoen said, repeating allegations in the lawsuit.

Israel said if red flags had been raised during the sheriff’s office probe of Peraza’s actions, he wouldn’t have been permitted to return to full active duty.

“Based on all the facts about the case that were available to me, I supported the decision to put him back on duty,” Israel said.

It’s rare for a law enforcement officer to be charged with a crime, much less convicted, for shooting a suspect, even those that turn out not to be armed. The last time a conviction happened in Florida was in 1989 in Miami in a case that touched off fierce rioting just after the shooting happened. That officer, William Lozano, was later acquitted of manslaughter after a second trial.

According to sheriff reports and court records, McBean walked from his apartment in the suburb of Oakland Park to a pawn shop to purchase the green camouflage Winchester air rifle, which has a scope and looked to many people who saw him that day to be a real weapon but only fires BB-like pellets. And it wasn’t even loaded with those.

Several people who saw McBean carrying the rifle called 911 from their cars, including Christina Turner, who later told investigators he was behaving strangely.

“He looked like he was angry. He was stomping his feet. He was yelling something,” she said, adding that she considered the possibility that he was carrying a “BB gun” but then determined “it looked like a gun, a shotgun, something that could do damage.”

McBean was diagnosed with bipolar disorder in 2010, according to the family attorney, and had been hospitalized briefly in the days before the shooting. But Schoen said he was back to normal after the treatment on July 31, 2013, the day of the shooting.

A sheriff’s dispatcher told responding deputies it appeared McBean had a .22-caliber rifle. Peraza arrived first, followed by Sgt. Richard LaCerra, and was initially told to hang back until other deputies arrived. Then McBean turned to walk into the apartment complex, near a pool with families and children present, according to sheriff reports.

“There is people all over the place. I have no idea what this man’s intentions were, good or bad,” LaCerra told an investigator.

The decision was made to confront McBean, who was now carrying the air rifle over his shoulders, behind his neck, with both arms slung on top of the gun. Peraza, LaCerra and Lt. Brad Ostroff – the deputy commander of the district – approached from behind with guns drawn, shouting for McBean to drop the rifle.

“It appeared like he was ignoring us,” Peraza said, insisting repeatedly that he saw no earbuds in McBean’s ears.

However, a photo taken shortly after the shooting by a resident of the apartment complex from a few feet away clearly shows an earbud in McBean’s left ear. Because of the angle, it’s impossible to see if there’s an earbud in his right ear. Either way, the earbuds wound up in McBean’s pocket after paramedics took him to the hospital. Family members say McBean wore earbuds almost constantly.

The three deputies all told detectives that McBean eventually turned in a manner suggesting he might pose a threat. Peraza, however, was the only one who fired, striking McBean with two rounds.

LaCerra remembers McBean saying something moments after he was hit: “He goes, ‘it was just a BB gun.”’

Less than a month later, Ostroff nominated both Peraza and LaCerra for the sheriff’s office’s “Gold Cross” award, calling their actions that day “selfless, honorable and brave” and that the two deputies “placed themselves in harm’s way” to protect civilians. The nomination makes no mention of earbuds or that the gun was, in fact, only an air rifle.

Israel said he is “disappointed” the awards were handed out before the shooting investigation was complete. Israel handed out the awards at the African American Research Library

One of the 911 callers that day, Michael McCarthy, also witnessed the shooting. McCarthy told investigators he heard the deputies shouting at McBean to drop the gun, followed quickly by three shots.

“I hope I didn’t get this guy shot for nothing, you know what I mean,” he said. “It didn’t appear to me that they had given him enough time. If they had given him a minute or so or maybe a, you know, couple seconds, he may have put the gun down, I don’t know.”