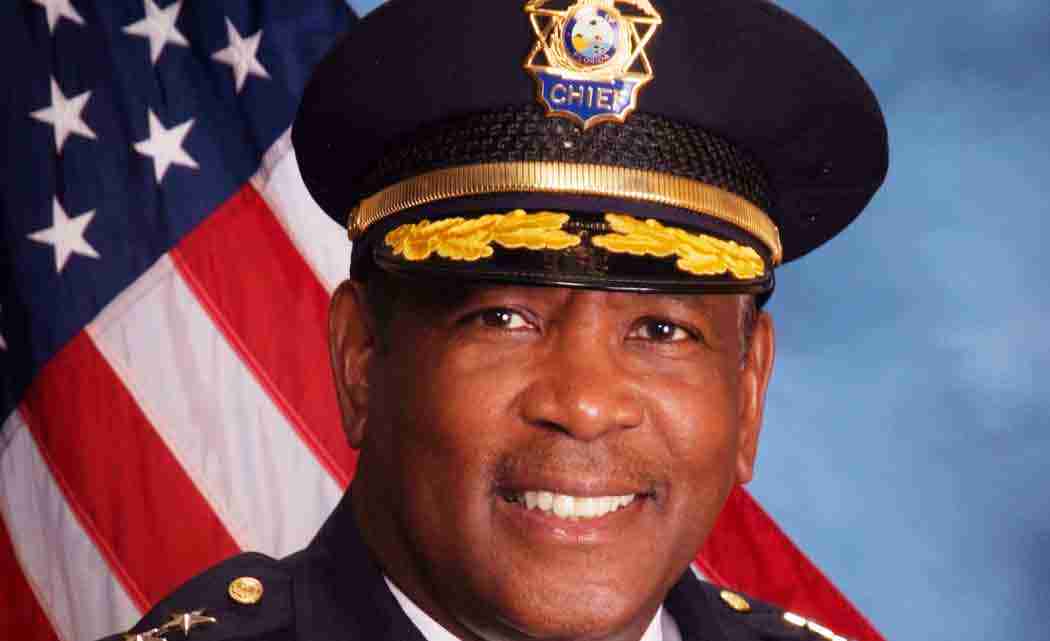 In light of the situation surrounding the Ferguson, Missouri and New York cases involving unarmed black men, Michael Brown and Eric Garner, police departments all across the nation are under scrutiny. Relationships between black males and policemen are called into question. Protestors have taken to streets all over the world, protesting these contested relationships and devastating outcomes. So what is the answer? Is there a disconnect between white officers and black males? Will police chiefs undoubtedly back up their officers in controversial police shootings? Clearly, there’s a perception in the black community that officers don’t value their lives – particular the lives of black males. What can be done to change this?

Ferguson Police Chief, Thomas Jackson, was called the dumbest police chief in America after his handling of the Ferguson, Missouri debacle. He called Darren Wilson, the White officer who shot unarmed teenager, Michael Brown, “a kind, and gentle person.” He also said there were no racial problems in his department or community. Many found these comments laughable, but it clearly demonstrates the disconnect between the perception of the people, and the head of the police department. In a larger sense, it spotlights the myriad of problems between police departments and citizens. It seems to be a broken relationship that many wonder if it will ever be better.

In a lengthy telephone conversation, Clarence Williams III, the police chief of Riviera Beach, a predominantly black city in Palm Beach County, attempts to address some of these ills. Granted, his force is predominantly black, but every police department is being watched closely as a result of the outcry in wake of the latest controversial police shootings. According to Williams, there’s lots of work that needs to be done on both sides – law enforcement and in the community. But he does say that many mistakes were made in Ferguson, which his industry can learn from. “They did some things right, but they did things wrong. Anytime there’s loss of life, it’s a tragic situation. The community should be concerned. But we should be concerned whether that’s at the hands of the bad guys or the officer,” he said on Wednesday. “This is an excellent opportunity for our industry to learn from. We learned that it’s important to have relationships with their community. We can’t have this kind of distrust,” he said of the Ferguson community and it’s police force. “When we have so much distrust, we, as police executives, have to pay attention to that. As chief executive officers, we have to reassure the community that we are there for them, and that we’ll keep them informed.”

One of the biggest criticisms of police and concerns of citizens is the abuse of power that seems apparent in some instances. Williams said police do have a lot of power, but with it comes scrutiny, and that should be expected. “As an industry, law enforcement has an awful lot of power. There’s no other industry that has the power that we have. But that grant of authority is given by the community it serves. As an industry, we must know that with that comes scrutiny.”

When asked about the relationship between law enforcement and the black male, Williams said certainly there is a problem. “It’s a double-edged sword. Distrust? Yes! But it takes two to make the relationship. Out of 11 homicides in my city this year, all of the victims and perpetrators were African American. We have to differentiate between the good ones and the bad ones. Our industry has sometimes painted everyone with a broad brush,” he said. But he points out that in White communities, this doesn’t happen as much. “In communities not of color, we seem to find a way to differentiate between the bad and the good. People in black communities are believed to be engaging in bad behavior. We have to change that.”

Williams said it’s tragic that a person engaging in a misdemeanor, such as Eric Garner, could lose his life at the hands of an officer. “The outcome of having a person die for a misdemeanor – people have a problem with that. I wish the outcome would have been different. In hindsight, yes, it could have been done differently,” he said.

In the Garner case, it was all played out on video, but despite the cameras rolling the officers were found to be justified in their handling of the unarmed man, who told officers he couldn’t breathe. Williams said he is not a proponent of cameras on every officer, but still his department is currently participating in a pilot program with cameras. He doesn’t like the idea of cameras because it places unrealistic expectations on the department. “I’m not supportive at this juncture. The expectation is that cameras will improve things. Cameras don’t improve relationships. The jury is still out on cameras. No longer would a police officer’s word be good, without the camera. I think the officer’s word should mean something,” he said. But he is willing to see the outcome with the use of cameras in his department through the pilot program.

Williams says he finds it tragic that perception of the people is that a police chief will uphold his officers under any circumstances. “That’s tragic, if that’s the perception. I don’t know many people who would risk their integrity to do so. We suspend officers all the time. We fire them,” he pointed out. “What chiefs need to do is work on their relationships.”

And relationships with people in the community are key, said Williams. In light of the public outcry over police abuse as of late, Williams said he has not had to make any changes or adjustments in his department. “My department is reflective of my community. And as the chief executive officer, I have relationships with my community. He also points out that his staff is equipped with highly skilled, highly educated and well-trained officers.

But despite all the efforts, Williams says the community has to do its part. One big problem is black on black crime. “Yes, the community should be outraged over the loss of life of any person. But we should be just as outraged when we suffer loss of life at the hands of each other. I don’t see the same kind of righteous indignation over those situations. There’s enough work to do on both sides –the community and law enforcement and our relationships going forward.”