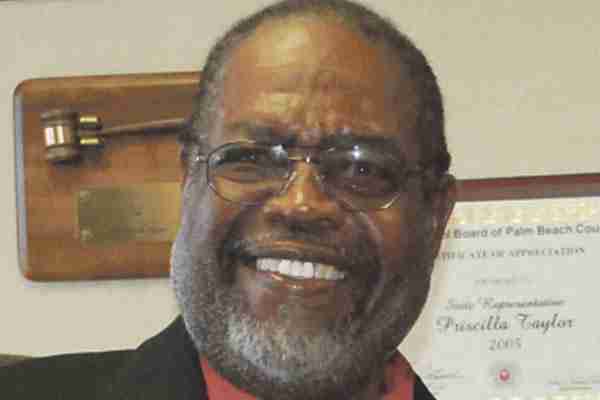 This year again, the Black Educators Caucus of Palm Beach County is leading the “Million Father March,” a national effort to have fathers take their children to school on the first day. In Palm Beach County, that day is Aug. 18.

The March is sponsored by the Chicago-based Black Star Project, which lists 700 cities around the world – from Crete, Illinois to Atlanta to Tamale, Ghana – as participants this year.BEC, for the third year, has involved Palm Beach and so Riviera and West Palm Beach are on the list as well. The Event aims to get more men in the halls on the first day of school.

“The beauty of this idea, as one person in Atlanta put it, is its simplicity,” BEC President Ronald Leonard said. “It’s not complicated: just putting the idea out there for dads to take their kids to school that one day – and believing that that small effort will grow into something bigger.”

As an incentive to participate, the BEC is raising funds to provide gift cards for each family to be able to purchase school supplies. Hopefully, Leonard said, the dads will take the children shopping, too. Participants will also receive a free fish-and-grits breakfast on that first day.

Most educational experts agree that one of the best ways to improve the academic performance of students is to get fathers and families to participate effectively in the educational and social-developmental lives of their children.

“Fathers are the missing force in education that can make America great again!  If we cannot effectively educate our children, we cannot properly protect our country or our quality of life in America,” says Phillip Jackson, executive director of The Black Star Project U.S.A.

The “MillionFather March”asks fathers and other men to make a year-long commitment to their children’s education and to their children’s school this coming school year. The men include fathers, grandfathers, foster fathers, stepfathers, uncles, cousins, big brothers, significant male caregivers, mentors and family friends. Businesses are asked to give fathers and other men two hours off that morning, with pay, to take their children to school. Participating men will be encouraged to volunteer at schools throughout the year.

A special effort will be made to coordinate Latino Fathers in La Marcha De Un Millón De Padres. Women and other family members and friends are also encouraged to be at schools on this day in support of fathers.

Since schools across America and the world start the new school year on different days and months, the March is a rolling eventthat occurs on the first day of the 2014 school year (between Aug.1, and Sept.15,) in cities, villages and towns.  Another opportunity, for fathers who miss the first-day event is the “International Fathers Take Your Children to School Day” on Wednesday, Sept. 10.

Next post If we do not take ownership of the world, the devil will do so