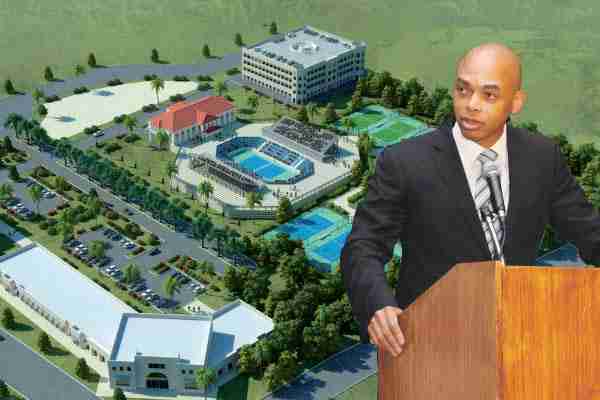 A Broward Countywide search is on for a headquarters site for the 98-year-old black amateur tennis organization, The American Tennis Association. The group was in town last week for its 97th championship tournament and conference and the Black Tennis Hall of Fame Inductions at the Greater Fort Lauderdale/Broward County Convention Center in Fort Lauderdale. The group is considering several sites, which should feature sustainability, hospitality and functionality, said Barron Channer, managing partner for Bach Real Estate. The headquarters will include tennis courts, a hotel and retail space. Once selected, the expected timeline for completion is 2016, the organization’s centennial year since its founding. Above is Channer at the awards ceremony.