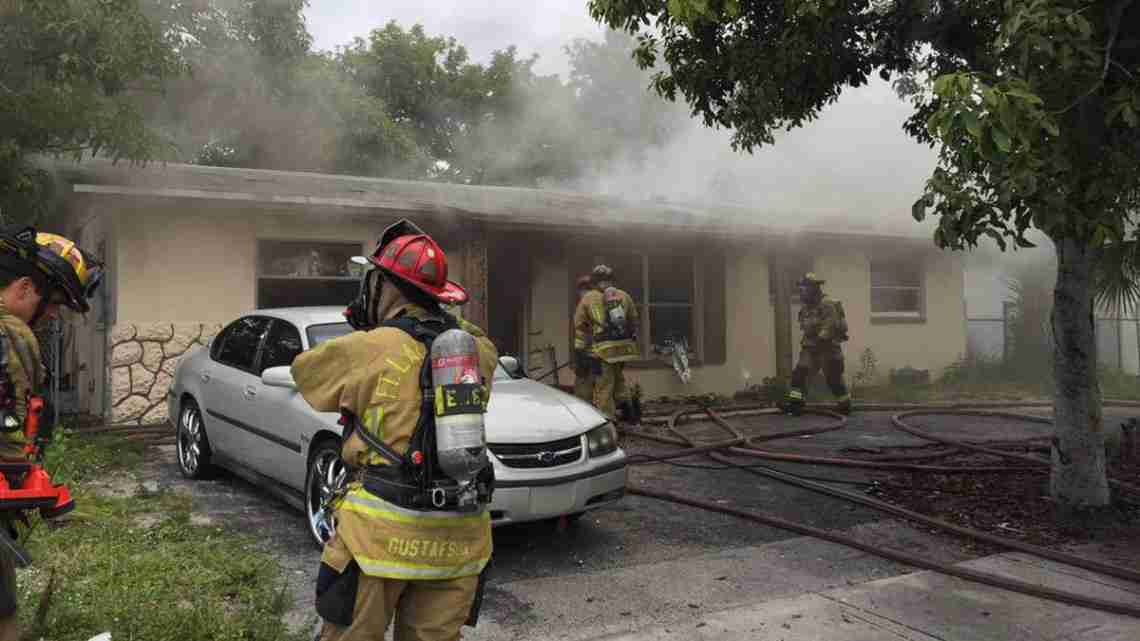 FORT LAUDERDALE – Officials say a 3-year-old who was playing with a lighter set fire to his Fort Lauderdale home.

The child’s older sister found him in a bedroom after the smoke alarm went off Thursday afternoon. They ran outside but suffered minor burns and smoke inhalation.

Their mother Chakisha Hamilton left the children home while she took another child to the doctor. She said her youngest child found a lighter they use to make s’mores and went under a bed to light it.

The children were treated and released at a hospital.

The Red Cross is helping the family.

Fort Lauderdale Fire Rescue Capt. Greg May says the house is “pretty much a total loss.”