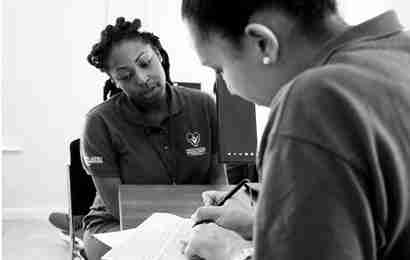 MIAMI – Recently, the Federal Earned Income Tax Credit EITC Awareness Day was celebrated in Miami at the United Way Center for Financial Stability by dozens of partners who are part of the Miami-Dade VITA Coalition, led by Branches. The EITC lifts more Americans out of poverty than any other national program, yet the IRS estimates that 17 percent of families who qualify aren’t claiming it.

The IRS estimates that 80 percent of tax filers in Miami-Dade will qualify for VITA services including a single person who earns about $15,000; a couple who has one child and earns about $45,000; or a family with three children that earns up to $54,000.

Brent McLaughlin, executive director of Branches, who is the official IRS grantee, in charge of coordinating the VITA program in Miami-Dade, announced that the VITA Coalition received a shot in the arm with a $250,000 Citi Community Development grant to help expand free tax prep services with the help of Miami-Dade County, who is a co-grantee. McLaughlin hopes to grow the VITA program 50 percent over the next two years.

The VITA program couldn’t operate without volunteers who obtain IRS certification to be able to prepare and file taxes. Elizabeth Ribao, a senior at Florida International University, has volunteered through the VITA program for the past three years. She recounted how she loves helping people and how she knows that her volunteer work truly makes a difference in the lives of low income families who need it most.

And last but certainly not least, one of the Coalition partners, Alphonse Piard of Sant La Haitian Neighborhood Center, spoke about the importance of free tax prep services to the South Florida Haitian community, many who are first-time filers, have limited English skills and are able to receive 20 percent of their yearly earnings in one refund check.

A myriad of organizations are part of the Miami-Dade VITA Coalition to provide individuals and families with free services ranging from year-round tax preparation to free financial coaching.

To find a VITA site near you, call 211 or visit www.miamifreetaxes.org.