Broward College names Greg Haile as its next president 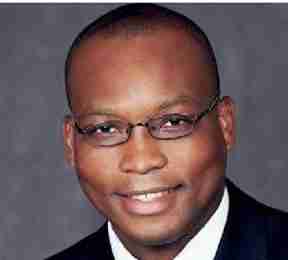 COLLEGE PRESIDENT: The Board of Trustees has selected the college’s general counsel to be Broward College’s next president.

FORT LAUDERDALE, Fla. – Broward College will soon have a new president. Gregory Adam Haile, Esq. has been named by the Board of Trustees to become the seventh president of Broward College and the first of African heritage.

The Board of Trustees voted unanimously for the appointment citing Haile’s knowledge of the community, successful work with the College and passion for education as key factors in their decision.

A nationwide search was launched in January in which 22 candidates were placed on the short list. Five finalists were recommended to the board by an executive search firm. Two of the candidates withdrew their applications for personal and professional reasons. Of the three candidates interviewed by the Board of Trustees, Haile was chosen to serve as Broward College’s next president.

“While the Board has always had great confidence in Mr. Haile, this vigorous public process confirmed that on an open competitive field against some of the best college leaders in the country, Mr. Haile was both the best qualified and the best fit for Broward College,” said John Benz, chairman of the Broward College Board of Trustees.

Haile is expected to assume office in July and will report directly to the five member Board of Trustees, all of which are appointed by the Governor.

Since 2011, Haile has been at the forefront of Broward College as its general counsel and vice president for public policy and government affairs. In his new role as president of Broward College, a priority will be to lead the college in the successful implementation of its current strategic plan and future objectives.

“Thank you all for everything that you’ve done and this opportunity that I take beyond seriously,” said Haile to the Board of Trustees. “I will dedicate my life to making sure that you know and it is clear to everyone that you made the right decision.”

Broward’s current President, J. David Armstrong, had hired Haile as part of his team in 2011.

“Nothing makes me as president more proud than have one of our own appointed to this position,” said Armstrong. “Nobody has worked harder than Greg to make himself prepared for this position and I know he’s going to be an outstanding president.”