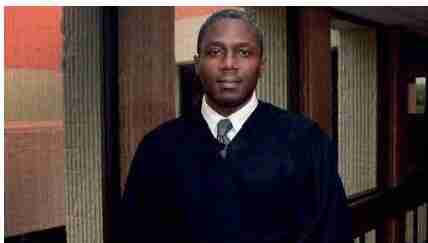 Several prominent African Americans have thrown their hat into the ring or are trying to retain their seats. And Amazingly, these individuals are colorful candidates who have made their mark in Broward County.

Former County Judge Ian Richards, who has already made history by becoming Africa American judge to be elected countywide in Broward County, is facing two opponents. He is facing County Judge Nina Weatherly Di Pietro, who was appointed to the bench last May, as well as attorney Brenda Di Ioia.

Another African American, County Judge Kal Le Var Evans, who was appointed to the bench in 2014, will face off against Phyliss Pritcher.

Two black women, Alfreda D. Coward and Florence Taylor Barner are hoping to solidify a seat on the bench as well. Taylor Barner is competing against Adam Geller. W. Dale Miller and Rhoda Sokoloff for an open seat. And Coward, Samuel Lopez, KIm Theresa Mollica and Bradford Alan Peterson will square off for a fourth open seat.

Richards was defeated in a bid for re- election in 2014, despite the fact that he was endorsed by major local newspapers. But perhaps his most defining moment while on the bench, came when he presided over “State of Florida v. John Reasee,” in which he jumped over his bench to protect a witness who was being attacked by the man against whom she had testified. His action reverberated across the nation.

Coward is a partner of Coward & Coward, P.A., a law firm in Fort Lauderdale, in which she practices with her sister –according to her website. Coward primarily represents clients in the areas of criminal lawa, family law and municipal representation. Prior to starting her own practice, she was an Assistant Public Defender for eight years.

She has been an attorney for approximately 21 years and has had well over 200 jury trials. Some of these trials were aired on Court TV, MSNBC and NBC Dateline.

She began her legal career as an Assistant State Attorney in the State Attorney’s Office in Broward County in 2006, where she handled both non jury and jury trials of matters ranging from traffic offenses to felonies such as armed robbery, sexual battery, drug dealing, and murders in the first degree. After more than three years with the State Attorney’s Office, she joined the law firm of Weitz & Schwartz, P.A., where she has a successful civil real estate litigation trial practice since 2010 handling trials around the state of Florida on behalf of Fortune 100 and 500 corporations.

County Court Judge Kal Le Var Evans has also had long standing legal career. Evans worked for Broward State Attorney Mike Satz from 2003 until his appointment to the bench in 2014. Evans worked on sexual battery and juvenile cases as a prosecutor. As someone who spent part of his child- hood homeless, Evans said he brings a unique perspective to the bench. “I did not waver when childhood friends chose paths that led to prison or death,” he said. “My life experiences are no different from the many litigants I see daily.”