Broward statue may be moved over racist speech 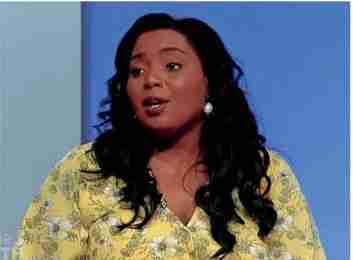 FORT LAUDERDALE, Fla. A Florida county may remove a courthouse statue of its namesake governor after a speech he made calling for African Americans to be resettled was uncovered.

Broward County Mayor Barbara Sharief, told the South Florida Sun-Sentinel she would have no problem removing the statue of Napoleon Bonaparte Broward, who was governor from 1905 to 1908.

The county was named after him when it was incorporated in 1915, five years after his death.

“Broward County prides itself on being diverse and inclusive,” she said. “We need to decide as a community what we are going to do about these daily reminders of a painful history of segregation and repression.” Broward County is Florida second-most populous. Fort Lauderdale is the county seat.

A courthouse gossip website JAAB Blog recently uncovered the speech, which called for the U.S. government to purchase land and move the nation’s African Americans there to establish a new country.

“The white people have no time to make excuses for the shortcomings of the negro,” said Broward, who is best known for partially draining the Everglades. “And the negro has less inclination to work for one and be directed by one he considers exacting, to the extent that he must do a good day’s work or pay for the bill of goods sold to him.”

Michael Styles, a Broward attorney, said he would oppose the statue’s removal. He said that while Broward’s comments are unacceptable today, he was also prominent in the establishment of Florida A&M University, the state’s historically black public college.

“I will bet that 99.999 percent of the people who pass that statue (of Broward) don’t have a clue who he is, and they wouldn’t know it if someone didn’t go digging for dirt solely to discredit him,” Styles said. “It is part of American history, Florida history, history of the world. That doesn’t mean we should be proud of it, but we have to live with our history, because if we don’t we will be doomed to repeat it.”

Bill Gelin, the attorney who runs JAAB Blog, said he found the speech in a collection of Broward’s papers posted by the University of Florida. He said the statue should be relocated.

“Send the statue to a museum or a library, with a plaque showing his good traits and bad,” said Gelin. “Let people know who he was and what he stood for.”