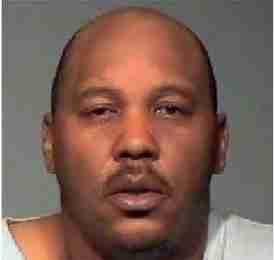 The criminal complaint filed Feb. 21 alleges that Armor, through its employees, doctored patient records concerning four inmates, including one who died of dehydration while in custody in the Milwaukee County Jail.

“He literally died of thirst,” says a federal civil rights lawsuit filed by his estate against Armor, Milwaukee County, conservative ex-Sheriff David Clarke and others. Clarke, who was sheriff when Thomas died, gained international notoriety last month when he suggested on Twitter that Marjory Stoneman Douglas students demanding gun control had been manipulated by Democrats and liberal billionaire George Soros.

Criminal charges against government contractors in such matters are exceedingly rare. But the Milwaukee County District Attorney’s 10-page charging document accuses Armor Correctional employees of engaging in “a pattern and practice of intentionally falsifying entries in inmate patient health care records.” In Wisconsin, a corporation may be charged criminally for the acts its employees committed within the scope of their employment. If convicted of the misdemeanor charges, Armor could be fined up to $25,000 per count.

“The company intends to vigorously defend all claims,” Armor Correctional said in a statement. “The charges are based upon the alleged failures of three individuals. This is not a reflection of Armor’s culture…The three individuals no longer work for the company.”

The Wisconsin charges are the latest blow to strike Armor. In October 2016 New York booted Armor out of that state for allegedly “placing inmates’ health in jeopardy.” New York acted after a dozen inmates died under Armor’s care, including five determined to have gotten inadequate medical care.

Armor has provided healthcare to Broward’s jail inmates since 2004. Sheriff Ken Jenne, who went to prison in 2007 on corruption charges, awarded the company its first contract. The deal was controversial because the sheriff’s office changed bid requirements in ways that helped Armor win and because Armor’s owner and president, Dr. Jose Armas, had been a major contributor to Jenne’s re-election campaign.

Sheriff Scott Israel renewed Armor’s contract to provide medical, dental and other care at the county’s jail despite complaints from the Public Defender’s Office that Armor’s care was substandard. Israel chose Armor even though its $143.6 million bid was $13.6 million higher than that of low bidder, Corizon Correctional Healthcare Thomas was arrested by Milwaukee police on April 15, 2016 and charged with shooting a man and firing a gun inside a casino. The estate’s lawsuit says the 6-foot5, 299-pound Thomas was bipolar, had been prescribed psychotropic medication, and at the time was “experiencing a mental health crisis.”

The jail, however, never provided Thomas with any mental health care, the lawsuit says. As a result, Thomas engaged in “odd and disturbing behavior” that included being loud and disruptive and causing flooding in his cell by stuffing chunks of a mattress down the toilet.

“Defendants punished him by locking him in a small isolation cell and deliberately cutting off his only source of drinking water,” the lawsuit says. “They also deprived him of edible food, a functioning toilet, access to a shower, a sanitary living environment, any relief from 24-hour lockdown and urgently needed medical and mental health care.” Likewise, the suit says, bedding was removed from Thomas’ isolation cell, forcing him to sleep on bare concrete.

After seven days without water, Thomas’ naked body was found on the floor of his cell. State investigators later compared video surveillance footage of Thomas’ cell area with entries in his patient health care records to determine that Armor’s medical staff “made multiple false entries.”

“That comparison showed Armor Correctional employees either walking by Mr. Thomas’ cell without stopping or never appearing at his cell at all, when at the same time, the employees recorded they medically assessed Mr. Thomas. On one occasion, an Armor Correctional employee fabricated blood pressure and pulse readings that the employee never performed on Mr. Thomas,” the criminal complaint says.

After seeing what had happened, the investigation widened. It was similarly determined that Armor employees had “similarly falsified patient health care record entries for other inmates in Mr.

“I found no evidence that this pattern of patient health care record falsification was an aberration or isolated instance,” wrote state investigator Robert G. Stelter.

Registered Nurse Karen Gray and Certified Medical Assistants Jennifer Henderson and De’Angelo McCoy are the Armor employees named in the state’s complaint as having falsified patient records. They were not charged with any crime, however.

On Feb. 12, three Milwaukee County jail officials, including a commander, were charged with various felonies in connection with Thomas’ death.

The state’s investigation concluded Thomas might be alive today if Armor’s employees had done their job.