Buffalo soldier finally getting headstone 71 years after his death 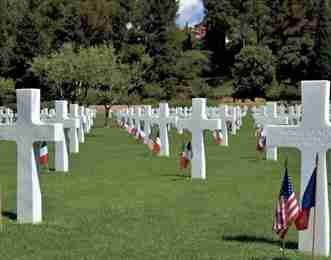 CENTRAL CITY, Neb. – A “buffalo soldier” from Nebraska who served during the Indian Wars is getting a headstone and military service in Central City about 71 years after his death.

Benjamin Jackson’s grave at Central City Cemetery has been unmarked since his death in 1945, The Grand Island Independent reported. American Legion Lone Tree Post 6 will provide him with military rites on Memorial Day.

Military records show Jackson was a buffalo soldier who served in the U.S. Army from 1881 to 1886. Buffalo soldier was the name Native Indians gave to African-Americans serving in the Army during the Indian Wars.

“The Indians gave them the name because of their curly hair like the curly hair on a buffalo,” said Merrick County Historical Society President Bill Bolte, who has spent decades researching the Indian Wars.

Bolte has been tracking data on Jackson for about two years on behalf of the historical society. He said he learned Jackson didn’t have a headstone when he decided he wanted to include the buffalo soldier’s story in his local cemetery tours.

“There’s just something about this guy that grabbed me … and to come across that he didn’t have a marker,” Bolte said. “It just grabs me to keep working on it.”

“I think it’s great,” Jackson’s great-grandson said. “So many people back from that era were never recognized for the service that they did at the time.”

Next post Obama casts Trump philosophy as one of ignorance, isolation