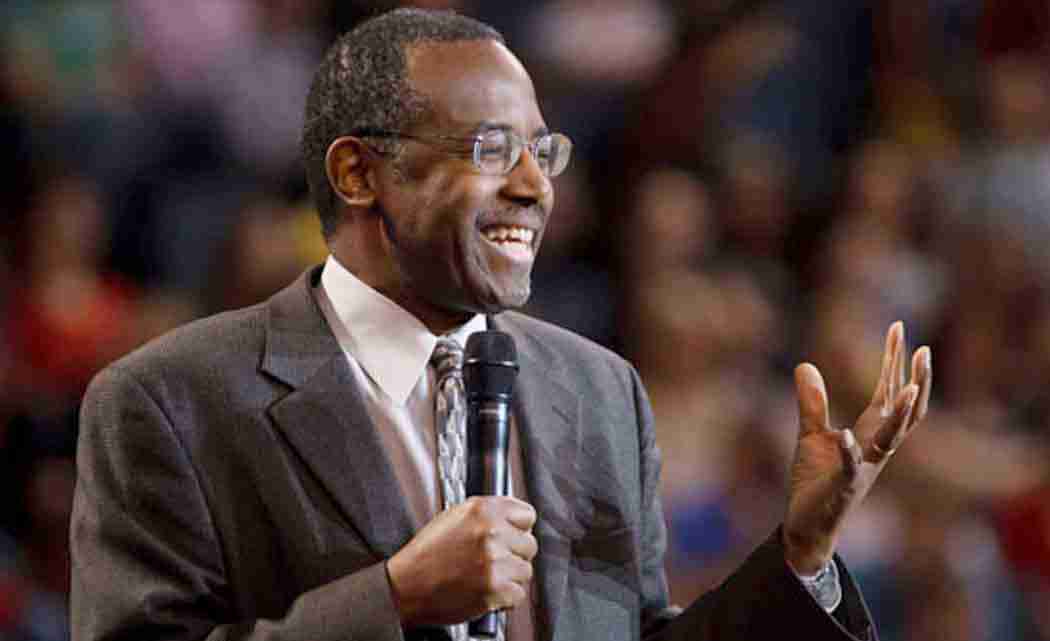 WASHINGTON — The faces of the Republican Party’s most ambitious members are changing.

Long criticized as the party of old white men, the GOP’s next class of presidential contenders may include two Hispanic senators, an Indian-American governor, a female business leader and an African-American neurosurgeon. In a group that could exceed a dozen Republican White House prospects, all but a few are in their 40s or 50s, while one of the oldest white men is a fluent Spanish speaker whose wife is a native Mexican.

The diverse group is a point of pride for those Republicans who have long pushed for a welcoming “big tent” party.

“This is a diverse nation, and we need to be a diverse party,” said Carly Fiorina, the former Hewlett-Packard chief executive and only Republican woman openly weighing a 2016 bid. “That doesn’t mean we sacrifice our principles, but it means we need to look like and understand and empathize with the nation.”

Republican strategists hope that a more diverse slate of candidates will help appeal to a growing minority population that has given Democrats a decided advantage in the last two presidential contests.

It’s unclear, however, whether changing the faces of the GOP’s messengers will be enough to take back the White House in 2016. As critics point out, Republicans have alienated some minority voters by pushing for voter identification laws that disproportionately affect nonwhites, while resisting comprehensive changes in the immigration and criminal justice systems.

“They’re going to have to make a decision about whether they’re going to build a meaningful multiracial coalition by respecting and defending the rights of all people in this country,” said Benjamin Jealous, a former president of the National Association for the Advancement of Colored People, “or whether they’re going to continue to play this dog-whistle politics that have besmirched the Republican Party since the days of Barry Goldwater.”

The Republican Party has struggled with attracting support from minorities since Democratic President Lyndon B. Johnson signed into law the Civil Rights Act of 1964. Goldwater, the Republican presidential nominee, opposed it. But Jealous and others suggest there are signs of hope in a crowded and diverse 2016 Republican class.

Florida Sen. Marco Rubio and Texas Sen. Ted Cruz are both Hispanic, while Louisiana Gov. Bobby Jindal is the first Indian-American governor in the U.S.

Former Florida Gov. Jeb Bush recently announced plans to “actively explore” a presidential bid. At 61, he is among the older would-be Republican candidates. Bush speaks fluent Spanish, is married to a native Mexican and lists as one of his signature issues an immigration overhaul that includes a pathway to citizenship for immigrants in the country illegally.

The field of prospective candidates also includes Kentucky Sen. Rand Paul, a libertarian-minded Republican who has already shown an ability to attract younger people and minorities. Paul, who is white, was the only Republican presidential prospect to visit Ferguson, Mo., as the city was ripped apart by racial tension this fall over a white police officer fatally shooting an unarmed, black teenager.

Retired neurosurgeon and conservative firebrand Ben Carson, who grew up in Detroit, can speak to racial issues from a unique perspective as the early field’s only African-American.

“Police have to admit that maybe there are some other tactics and things that can be utilized,” Carson said in a recent Associated Press interview. “People in neighborhoods have to recognize that people who are thugs are thugs. You can’t make them into angels. Unless the two sides can admit those things, meaningful discussions will never be had.”

The Republican Party’s survival may depend on its ability to expand beyond its white, male base. That’s according to the Republican National Committee, which commissioned a review of the 2012 presidential election that found its position “precarious” because of the nation’s demographic changes.

“America is changing demographically and unless Republicans are able to grow our appeal,” the authors wrote, “the changes tilt the playing field even more in the Democratic direction.”

As the 2013 report notes, the American electorate was 88 percent white in 1980, according to exit polls. White voters represented just 72 percent of those who cast ballots in the 2012 presidential election. By 2050, predicts the Pew Hispanic Center, the percentage will fall to 47.

Still, GOP leaders are more confident about the demographic shifts today than they were immediately after a painful 2012 election season.

Republicans in November claimed control of both chambers of Congress in part by devoting millions of dollars to minority engagement efforts that will continue in Hispanic communities across swing states such as Florida, Colorado  and Virginia. They also established permanent field offices in urban areas such as Detroit that have long been ignored by Republicans.

The GOP’s success may be misleading, however.

Turnout in the 2014 midterms was among the lowest since World War II, and those casting ballots were older, whiter and more male than voters in recent presidential years.

Republicans have their work cut out for them in 2016, when many Democrats expect to nominate former Secretary of State Hillary Rodham Clinton.

“Because of our successes in the midterm elections we have important building blocks in place for the presidential campaign” said Republican National Committee spokesman Kirsten Kukowski.”We are starting from a strong place.”