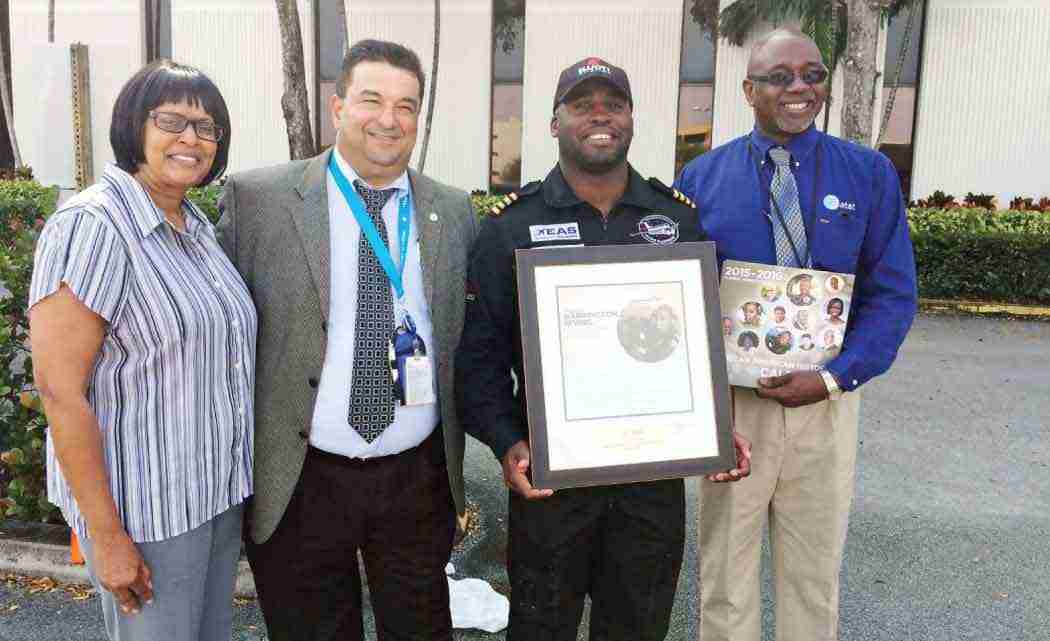 MIAMI — How do you get teens excited about science, technology, engineering and mathematics? You bring in a car connected to the latest technological gadgets and the first and only black pilot — and youngest person — to fly solo around the globe.

Captain Barrington Irving and the high-tech Connected Car visited with some Miami-Dade students  as part of the annual HACEMOS High Technology Day held recently at AT&T offices in Miami. HACEMOS is an AT&T Hispanic employee association focused on getting students fired up about careers in the STEM fields:  science, technology, engineering and math.

Students from Booker T. Washington High School in Miami participated in a nationwide National Geographic Explorer webcast led by Irving at the Miami AT&T office. They joined more than 2,000 students nationwide who took part in the educational event.

Irving, a graduate of Miami Northwestern High and Florida Memorial University, stressed to the students the importance of a STEM education. He shared with them his life experiences, which he credits to his STEM background.

In addition to the National Geographic Explorer webcast and session with Irving, the students got a demo of a GM Corvette Connected Car, the latest example of the internet of things. A Connected Car turns a vehicle into a Wi-Fi Hotspot, an information portal, a music hall, meteorologist, and much more.

The students also learned about tele-presence technology, chatting with other students sitting in Orlando, Puerto Rico and Tampa.

According to the Council of Foreign Relations, STEM jobs are expected to grow twice the rate of other fields.  However, 60 percent of U.S. employers are having difficulties finding qualified workers to fill vacancies at their companies.