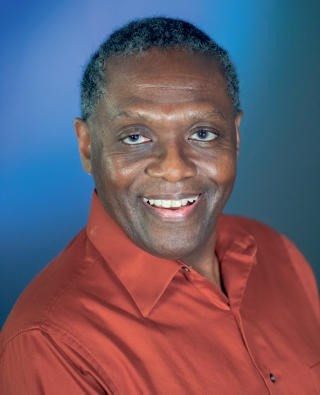 Lauderdale Lakes, Fla. – The Carbonell Awards, South Florida’s most highly coveted recognition of theatrical and performance excellence, has announced that the nonproﬁt organization has promoted longtime judge R. Kent ChambersWilson to the position of Carbonell Coordinator for the 2021-2022 theater season.

“He is not only a longtime Carbonell judge and will continue to serve as such, he also has been a board member and chairperson of the Theatre League of South Florida (2016-2019), an awards judge for The Silver Palm Awards, coordinator of the Finstrom Festival of New Work, and served on the Ambassadors Council for the National New Play Network.”

A resident of Lauderdale Lakes, Chambers-Wilson also brings years of business management/communications experience from working with ﬁrms such as Arreva, LLC, Citrix Systems, iCare.com and the SunSentinel.

“Over the last year, the Carbonell Awards has revised our entire judging process, making it more county-speciﬁc while maintaining our historic focus on recognizing and celebrating theatrical excellence on a regional basis,” said Kiltie.

“In his new part-time position, Chambers-Wilson will coordinate approximately 30 judges, many of whom have been working with the awards organization for years, but also a lot of new volunteer judges, all very highly qualiﬁed, who have a passion for and openness to all kinds of theater, including plays, musicals, new works, classics, immersive and multidisciplinary theater.”

The organization expects to announce its ofﬁcial team of judges for the upcoming 2021-2022 theater season soon. For an outline of the new production eligibility requirements, qualiﬁcations, judging process and scoring rubric, visit carbonellawards.org.

The Carbonell Awards fosters the artistic growth of professional theater in South Florida by celebrating the diversity of area theater artists, providing educational scholarships, and building audience appreciation and civic pride by highlighting achievements of the theater community.

More than 20 professional theater companies in Broward, Miami-Dade and Palm Beach counties participate in the awards process every year.