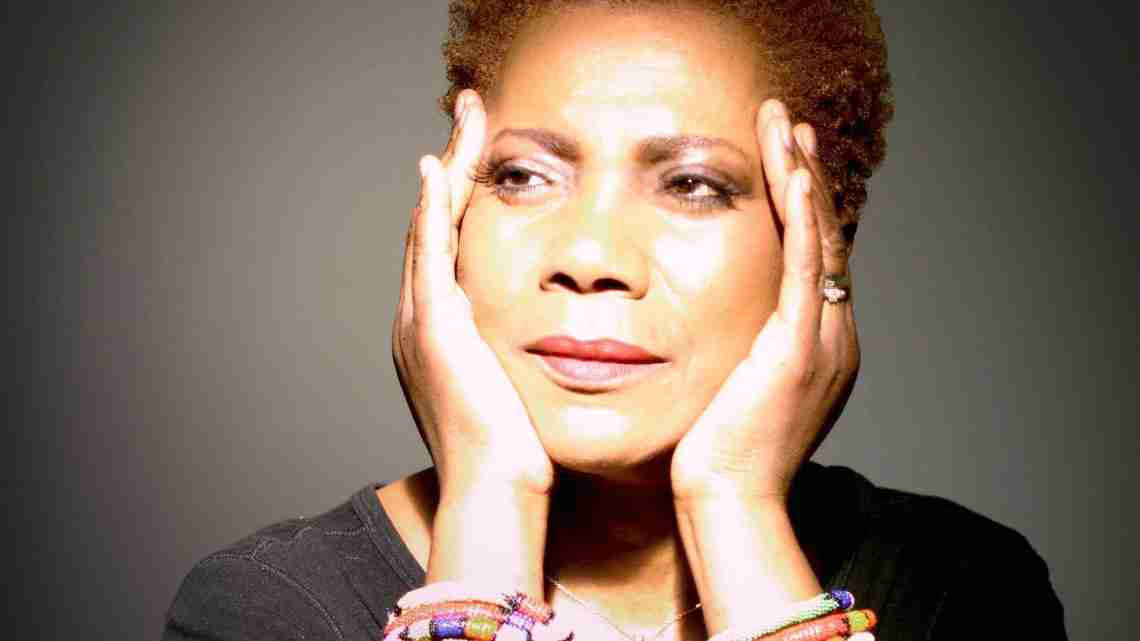 MIAMI – If you’re not a jazz enthusiast, the name Carmen Lundy may not mean much to you; but if you’re a South Floridian, it is a name you should be proud to call one of your own.

The gifted jazz vocalist, arranger, composer and visual artist may reside in Los Angeles now, but she is a daughter of Miami-Dade County.

Lundy – who recently returned home to serve as an opening act for Bransford Marsalis during the Adrienne Arsht Center’s Jazz Roots Series – has released her 15th CD, entitled “Code Noir.” She said she wanted her hometown to be proud of her and other native performers who have achieved success abroad.

“We just want people to know my music. This is my hometown and The Greater Miami area, I want them to be proud of us who have gone on to travel and represent our hometown with integrity,” Lundy said.

Originally from the Richmond Heights and Perrine neighborhoods of Miami, Lundy hails from a musical family. She is the daughter of the late Oveida Lundy-Francis, who was the lead singer of the South Florida-based Gospel group Apostolic Singers, and sister to jazz bassist Curtis Lundy.

“I come from a family of really fine performance artists who specifically sang gospel music, so I was kind of a break out,” Lundy said. “But those influences were powerful and indelible and fortunately for me I grew up in a time where a lot of the music we now associate with American history, I was listening to.”

Despite having music all around her, Lundy credits her inspiration for pursuing jazz music as a career to seeing Barbara McNair on The Ed Sullivan Show. Noting how classy and elegant McNair was, Lundy said her mind was set.

“Ed Sullivan would present very, very high quality artists and I remember that was the first time I’d ever seen a black woman singing on TV,” Lundy recalled. “In the 50s and 60s you just didn’t see people of color in positive anything on television at all, so in that moment I said that’s what I’m going to do.”

Her talent was also apparent to her peers and teachers so she was selected to sing the alma mater at her graduation from Miami Killian Senior High School.

She went on to attend the University of Miami (UM) where she entered the school of music as a classical voice major. It didn’t take long, however for Lundy to realize that jazz was where her passion lay.

“I really didn’t know much about jazz at the time. In formal education (at UM), jazz presented itself as an option … They allowed me to go into the jazz department, but they didn’t really have a curriculum for vocalists so I was like the guinea pig for that,” Lundy said. “… I felt very comfortable there, more so than in classical idiom, so it just seemed to be a natural series of steps that allowed me to find my niche.” 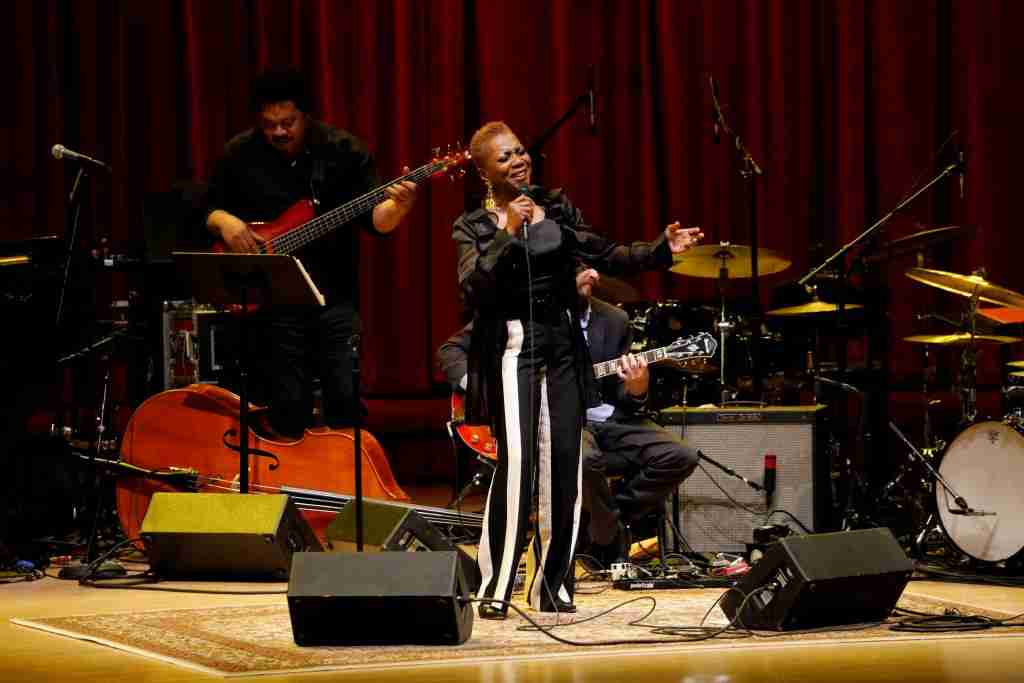 THE MOVE TO PURSUE

Lundy performed at different clubs, etc. in Miami, but eventually moved to New York in the 1970s, where she also began to secure acting roles in Broadway-style productions.

“The thing that I was very, very clear about was I didn’t want to move to New York and lose my vision or lose sight of my goal,” Lundy said. “That meant I had to stretch and do things that were not necessarily the most comfortable for me or the most familiar.”

Lundy continued taking private voice lessons, signed up for an acting class and released her first album, “Good Morning Kiss,” which she said hit the Billboard and stayed there for more than 23 weeks.

After playing a few characters like Billie Holiday, as well as a character loosely based on Aretha Franklin in the Blues Brothers, Lundy decided she didn’t want to be on the road with a Broadway show when she had a hit record.

She said she returned to New York to pursue her true calling.

“I continued to make records and do what I felt I was really born to do and that was to perform,” Lundy said.

After visiting some friends in LA and being sent on an acting audition by her agent, Lundy moved to the West Coast.

“After all those years of living in New York and dealing with the winters, I was ready to thaw out,” she laughed.

Today she is promoting “Code Noir” and doing shows with her own original music.

“Now when I go to the concert stage, I sing my own songs,” Lundy said. “People will more often than not come to my shows expecting to hear my music.”

Though she no longer frequents cover songs, Lundy offers high esteem to a slew of women who have come before her including Alice Walker, Zora Neale Hurston, Mary Lou Williams, Harriet Tubman and others.

“I wouldn’t have a career, I wouldn’t know what to do with myself if it wasn’t for Billie Holiday, Ella Fitzgerald, Sarah Vaughan, and even the three women from ‘Hidden Figures,” Lundy said.

“These women that are trailblazers and have paved the way for us. It’s wonderful to be here now to realize I am standing on the shoulders of so many people. ” She specifically credits her mother and teachers with raising her to be the woman she is today.

“My mother, my high school teacher Anne Duncan, Joan Owen. They’re not famous people, but most definitely, I couldn’t be here without them. That’s for dang sure,” Lundy said.

Her advice to people who want to pursue their dreams, but for the time-being have to work a 9 to 5?

Despite all the years she has lived away from home, and her decision to trade gospel for jazz, Lundy said she is still that girl who her family raised with a foundation of faith.

“Faith is belief. It’s a knowing and a trust and you hear that in my music. I am the child that I was, how I was raised, I have a rich family history,” Lundy said. “The music is so strong and powerful and once you’re touched by that, you’re bitten, you’re branded for life. It’s having that strong foundation that leads to a life of success and fulfillment.”