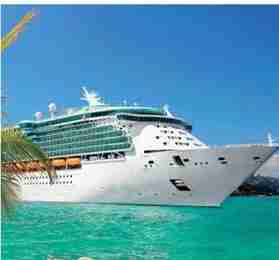 MIAMI – Two Cuban-American men are asking a Miami federal judge to guarantee that they and other Cuban exiles will not suffer discrimination on upcoming Carnival Corp. cruises to Cuba. Carnival reversed course this week and announced it will allow Cubanborn people to book passage on its trips to Cuba. Previously, Carnival had said it was barring Cuban-born people from buying tickets for the Cuba cruises scheduled to begin May 1 because the Havana government prohibits Cuban nationals from departing or entering the island by sea.

Tucker Ronzetti, attorney for the Cuban exiles who sued Carnival claiming civil rights violations, said at a hearing Thursday that a judge’s order would ensure the company doesn’t change its latest decision. “They could change their minds in the future,”Ronzetti told U.S. District Judge Marcia Cooke, who did not issue an immediate ruling.

Carnival attorney Stuart Singer said the company is negotiating with Cuba to change its policy and repeated the company’s pledge that if the policy remains in place, none of its ships will sail to the island. The 704-passenger Adonia, a ship of Carnival’s Fathom brand, plans to sail every other week from Miami to Havana, Cienfuegos and Santiago de Cuba.

“There’s not going to be a change,” Singer said of Carnival’s new Cuban-exile ticket plan.

Cooke, who is African-American, said it appeared clear to her the previous Carnival policy not to sell tickets to Cuban exiles was discriminatory under U.S law. Even with the change, she said Cuban-born people appear to have more hurdles to clear to get travel visas, something she compared to past racial discrimination in the U.S.