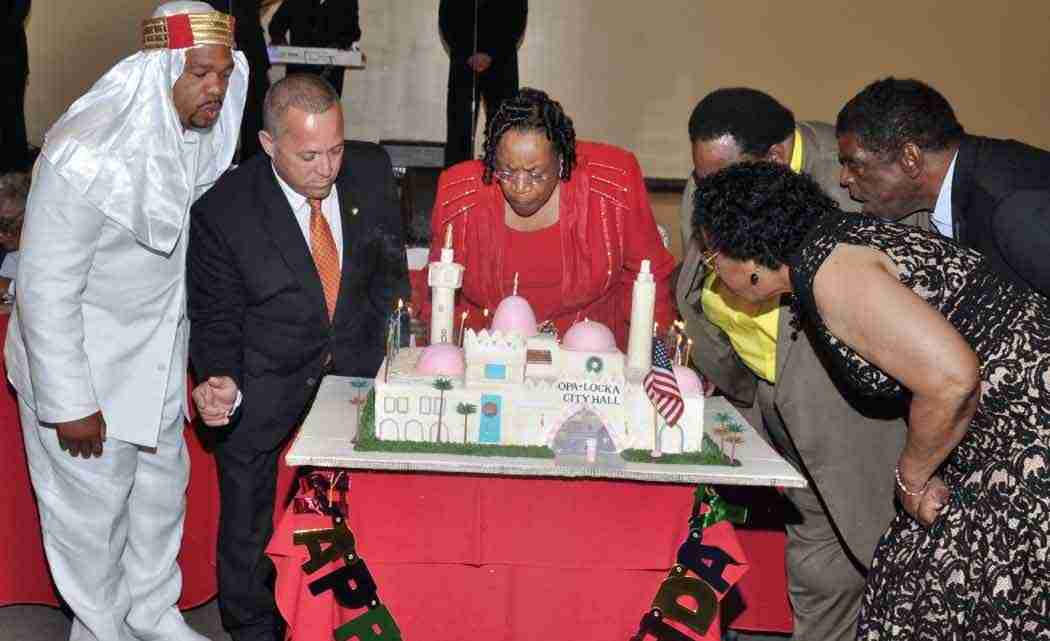 Opa-locka leaders and residents recently joined with guests to honor the city’s 89th year of incorporation with a party at Sherbondy Village Auditorium, 215 Perviz Ave. The celebration included appearances by Opa-locka pioneer citizens Vera Johnson, Shirley Bodwell and Deacon Elliot Flanders — who were born in 1926 and have been in the city since its inception. Also present were former Atlanta Falcons player Joel Williams, playwright Leroy Meadows and actress Jo Marie Payton of Family Matters and Man & Wife. Payton said she lived in Opa-locka from ages 3 to 24, and attended Rainbow Park Elementary. At the ceremony’s closing, a 24 x 36 candle-lit replica of City Hall was wheeled into the auditorium. Other notable guests were Miami-Dade County Commissioner Barbara Jordan, Miami Lakes Mayor Michael Pizzi and Miami Gardens Mayor Oliver Gilbert.