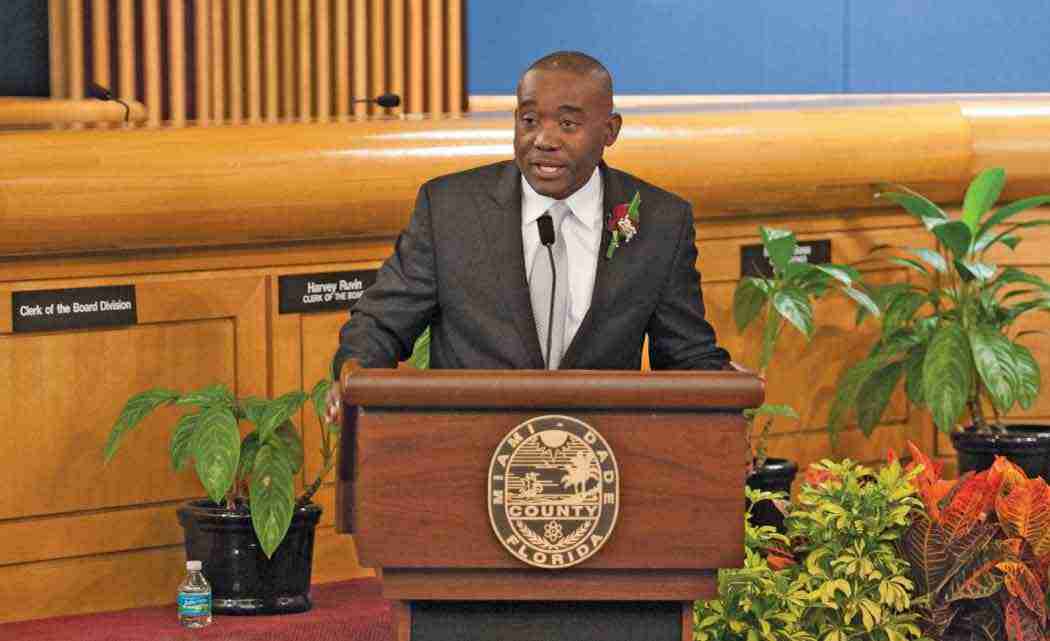 MIAMI-DADE — Miami-Dade County made history today when Jean Monestime, the first Haitian-American to serve on the Board of County Commissioners, took the oath as chairman and pledged to tackle the problem of economic inequality as someone who understands the struggles of the poor.

“Several decades ago, I arrived on the shores of Miami-Dade County as a teenage immigrant seeking a better life. Several decades later we are here experiencing the transformative power of the American Dream,” said Monestime, who was unanimously elected as chairman by his colleagues in November. “To the families and individuals in this community who are struggling to make ends meet, I understand the challenges you face.”

To address the income gap, he announced the creation of a new committee structure and a Chairman’s Council for Prosperity Initiatives.

Speaking to a chamber packed with supporters, dignitaries and family members, Monestime said the county is up to the challenge of addressing its problems.

“Our diversity is our strength. Our common goal is to build a stronger and most prosperous Miami-Dade County. Now is our time,” he said.

Monestime represents a district that includes parts of Little Haiti, Liberty City, Arcola Lakes and North Miami. In his first term with the county commission, Monestime cites several actions that he considers accomplishments. Among them:

• Changing the small business set-aside program, increasing available contract funds by 10 times as much.  The program has already doubled funds to

• Sponsored an ordinance that would establish a local

hiring goal for all construction contracts over $1

other day and will be considered by the full Board in

• Sponsored changes to the Community Workforce

Program so that those job opportunities, which are

Monestime also worked with the Florida Department of Economic Opportunity to ensure state support for a new Holiday Inn on Northwest Seventh Avenue, at the site of the old City Inn.

Monestime was first elected to represent District 2 in 2010, unseating longtime Commissioner Dorrin Rolle. He was re-elected in late August, beating back a challenge from Rolle. In his re-election bid, Monestime had key backing from prominent African American clergy and attorneys. Prior to his election, he served several years as a city councilman in North Miami.