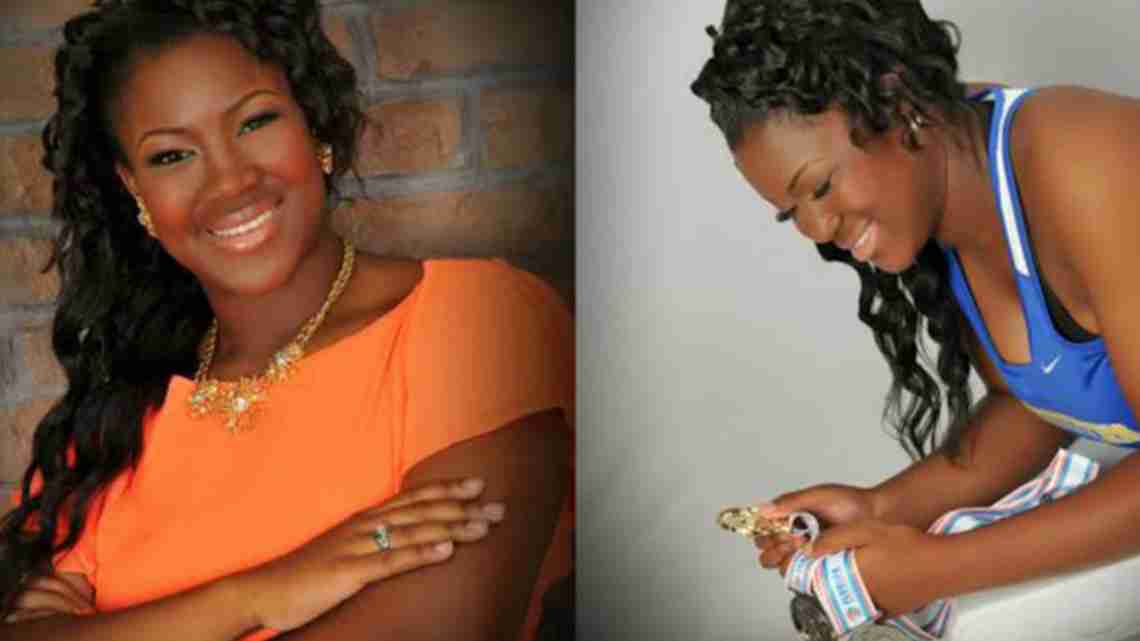 MIAMI — Jontavia Dykes will tell you it’s her mother who deserves the credit. So too will her brother, Mack Jackson.

Dykes, 18, graduated on Tuesday from Miami Northwestern High School in Liberty City with a 3.9 GPA. She won back-to-back state athletics championships and received a full track-and-field scholarship from the University of Florida. And she is a standout shot put and discus thrower who also plays volleyball.

“My mother taught me that life is unpredictable; that life can be biased and life can be tough,” Dykes said. “She’s played a big role in my success because she never let me give up. I wouldn’t be who I am today if my mom didn’t push me.”

Her mother, Patricia “Pat” Jackson, 53, a single mom with two children, is no stranger to life’s challenges. She told South Florida Times that at age 2 she was put in a foster home and has never known her parents. She was separated from her eldest two siblings but she and her other brothers and sisters were raised by the late Elder M.L. Braddy, a minister who instilled high morals and values in them.

Fast forward to adulthood. While raising Dykes and Mack, now 30, Jackson, a gospel singer, said she survived six car accidents, four major operations, stage four thyroid cancer, diverticulitis – a condition that causes small areas of the large intestines to rupture and become infected – and a bullet that came through her sister’s home. Police, she said, told her the shot would have killed her if she had not gotten up from the couch moments earlier.

“I’ve survived everything and I’ve been on a mission since I’ve recovered,” Jackson said. “God allowed me not only a second chance but [also] a third, fourth, fifth and sixth. What more can I ask for?”

Mack is equally proud of their mother and credits her with making him the man he is. An art teacher at Mater Lakes Academy, he too is a graduate of Miami Northwestern (Class of 2002) and also of Florida A&M University. He played basketball in high school and broke his ankles in 10th grade. He had to do rehab throughout the summer but advanced to varsity and played through high school.

His mother, he said, was always there for him.

“She was probably at every single event ever,” he said. “She was one of those parents who you could hear in the crowd. You knew it was Ms. Jackson. It was actually kind of embarrassing but it was good because I watched my peers not have anyone to support them. Now that I’m older and I look back at it, I’m glad she was there because a lot of people were reaching for that. She was kind of like the mother of every athlete, all of my friends whose mothers or fathers weren’t there. It helped me out throughout life to have that support system.”

He is also “extremely proud” of Jontavia.

“I feel more like she’s my daughter, in a way, because, growing up, I had to watch her a lot. Knowing the things that my mother instilled in us, seeing the fruits of that labor is an accomplishment in itself. Seeing her become the first one in the family to receive a full athletic scholarship to a higher education institution, I wouldn’t have guessed it in a million years,” he said.

Dykes said when her mother was diagnosed with thyroid cancer in 2008, it so affected her that she began losing focus in school. Jackson would have none of it.

“She told me to keep pushing, keep pushing and not let her sickness get me down,” Dykes recalled. “She told me I could do it. So I took her word and I kept pushing myself. I asked myself what decision my mom would make in certain situations to keep growing.”

Jackson said that period was tough because, at one point, she was admitted to the University of Miami’s Sylvester Comprehensive Cancer Center and was unable to see her children because her radiation level was so high.

“As I lay in the center, that’s when I did a lot of talking to the Almighty upstairs,” Jackson said. “When I was diagnosed, doctors said there was a possibility I would never be able to speak or sing again and I might have to have a trachea put in my throat.”

Yet, in 2009, Jackson was pronounced cancer free and went on to release her first Gospel EP, Lord I’m Still Standing, while continuing to support her daughter’s endeavors.

Dykes’ progress with the shot put and discus is surprising because she began throwing only in 10th grade. She took up the sport after her coach, Derrick Ford, encouraged her to try out.

“At first I didn’t like it. I told my mom and she told me to keep at it, so I did and I noticed I kept improving and I decided I could do it,” she recalled.

On Tuesday, Dykes walked across the stage at The Fillmore Miami Beach at the Jackie Gleason Theater, graduating in the top 15 percent of her class of about 450, with a Superintendent’s Diploma of Distinction. For her, she said, it was only the beginning.

“My ultimate goal is to make the Olympics,” Dykes said. “Every day my mom tells me to keep pushing because I’m still going to rise at what I do and so to this day I’m still rising.”

Jackson – herself a former track athlete who lost her scholarship after getting hurt her senior year of high school – believes her daughter will reach her goal.

“My goal was the Olympics and I believe my daughter is going to the Olympics in my place,” Jackson said. “I know she’s on the right track. I know at UF she’s going to get the proper training. The coaches are excited. We’re all excited and that day is coming. Hopefully, one day I will see my daughter bring home the gold.”

As for what’s next on Jackson’s agenda now that she will have an empty nest, she said she will put more time and energy into pursuing her music career, writing a book and producing a movie – all to testify about God’s grace.

“We’ve gone through a lot. It wasn’t easy but we made it,” Jackson said. “I’m a messenger on a mission to let people know through my testimonies they can overcome any and everything, regardless of any circumstance. Don’t give up on God. He is in control. If you’ve never been through a fiery furnace, you’ll never be able to have a fiery testimony.”

Next post Oprah Winfrey salutes the mission of Estella Pyfrom