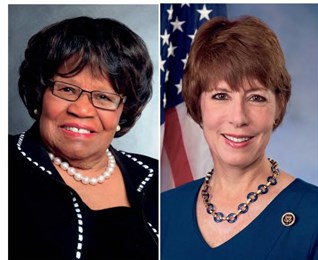 MIAMI – The Miami-Dade County Commission for Women, The Women’s Park, and the League of Women Voters of Miami-Dade will host Miami-Dade’s seventh annual celebration for Women’s Equality Day on Saturday, Aug. 24 from 10 a.m. – 1 p.m.

The event will commemorate the 99th anniversary of the 19th Amendment to the U.S.

Constitution, which granted women the right to vote, and celebrate the continued efforts on behalf of equal rights for women.

It will take place at the Roxcy O’Neal Bolton Women’s History Gallery at The Women’s Park, 10251 W. Flagler St., Miami. Event admission and parking are free. Refreshments will be served.

The program, whose theme is “On the Road to the Centennial: Beyond the Vote,” will pay tribute to Congresswoman Carrie Meek. Former Congresswoman and former gubernatorial candidate Gwen Graham is the guest speaker.

The Miami-Dade County Commission for Women was created in 1971 as an advisory board to the Board of County Commissioners, the County administration and the public at large about issues pertaining to the status of women.

The Commission for Women also advocates for women in the community and strives to improve their quality of life.

Next post S. Florida readying for an NABJ arrival

Previous post National Association of Black Journalists back after 35 years