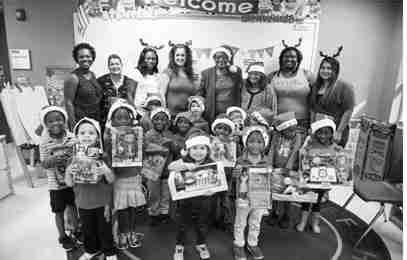 “I like to spread some holiday cheer for those who are struggling and experiencing hardships,” Commissioner Jordan said. “Seeing the smiles on these children’s faces is my biggest reward.”

Children ranging in age from 1 to 5 years old grinned brightly as they sat on Santa’s lap. Their eyes lit up as they received a free toy from Commissioner Jordan. Members of Miami-Dade Fire Rescue’s C.A.R.E. team took students on a tour of a fire truck and explained the inner workings to the children.

In addition to the toy drive, Commissioner Jordan assisted five less fortunate families from her district. The Waring, Anice, Porter, Ridore, and Johnson families each received food baskets, a bike, tickets to Santa’s Enchanted Forest, and a gift card for $500 to purchase additional food, toys and household goods.