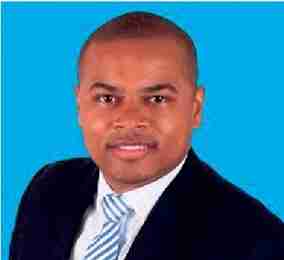 MIAMI –A highly charged commission meeting included an emotional chairman, a motion to remove the city manager and a promise that there will be “heaven to pay” if a seemingly hasty, ill-thought out decision to terminate a center director is not reversed. The April 14 City of Miami Commission meeting turned into a powerful show of support from dozens of community members demanding the reinstatement of Sandy Dorsainvil, the former director of the Little Haiti Community Center (LHCC), who was fired without explanation on April 4.

Dorsainvil said she was at the city facility around 2 p.m. on the fateful Monday when two city employees showed up with a termination letter signed by City Manager Daniel Alfonso that she said did not explain why she was being fired. She was given a few minutes to clear out her possessions and leave the premises located at 212 NE 59 Terrace.

“I don’t even really know what happened,” she said in an interview. Since her termination, members of the Little Haiti community have been in an uproar; including posts on social media and meetings with city officials to demand her reinstatement.

Alfonso responded to a request for comment with the following written statement:

“I understand your frustration. I can say that terminating Ms. Dorsainvil was not a decision that was reached lightly. I cannot get into the details of the decision. I thank Ms. Dorsainvil for her service and wish her well. We are looking to hire a Facility Manager to replace Ms. Dorsainvil as soon as possible. The LHCC will continue to serve the community in the same manner that it has for years.”

At the commission meeting, a short promotional video that features Dorsainvil taking viewers on a tour of Little Haiti and its multicultural offerings was followed by an impassioned plea from Gepsie Metellus, executive director of the Sant La Haitian Neighborhood Center.

“We’re urging the manager to reinstate her; to allow her to restore her good name,” Metellus said to the board before addressing each commissioner individually.

“Commissioner Gort, I’m sure you can appreciate what it feels like when a Haitian parent works very hard and saves every dollar to ensure that their child has the opportunity for the best education. Sandy’s parents opted for Archbishop Curley. And then went on to Howard University,” said Metellus, briefly overcome with emotion as she spoke.

She addressed Commission Chair Keon Hardemon when she said, “So many members of our community, in particular the black community, when they go away to school, they don’t always come back to Miami-Dade because they don’t feel this is a welcoming place for them. Sandy Dorsainvil chose to return.”

Umi Selah, formerly known as Phillip Andrews, director of Dream Defenders, said there would be “heaven to pay” if the director is not reinstated. The Chicago native shared that he settled in Little Haiti last year after living in other parts of Miami because the vibrant area “felt like home.”

Speculation that Dorsainvil’s termination occurred in order for the city’s real estate department to use the Little Haiti property to generate revenue sparked a conversation by the commissioners that resulted in a motion to change the fee structure at the city’s public facilities. The discussion also led Commissioner Francis Suarez to make a motion that could ultimately result in transferring the management of the Little Haiti Community Center to the city’s parks and recreation department from its real estate division.

After hearing from several members of the community, Commission Chair Hardemon compared Dorsainvil’s abrupt termination to an abrupt termination he said his mother also experienced as an at-will City of Miami employee when Hardemon was a student at Florida A & M University.

“My mother is a city of Miami police officer. My mother was fired from the city of Miami Police Department when I was in college. She had to refinance her house. She got another chance because bargaining unions were there for her,” said Hardemon, his voice breaking as he spoke.

“How you treat the least of us determines how you treat…all of us. Just because you can fire someone immediately doesn’t mean that you do it immediately. You can do it in two weeks. You can give them notice. You can give them training. You can respect the fact that people have lives. Yes, it’s a hard decision but how you get to that decision I think is most important and that’s process.”

During the commission meeting, Hardemon made a motion to have the city manager removed from his position; however, after discussion from his colleagues, the city attorney and assurance from Miami Mayor Tomas Regalado of a guaranteed veto, Hardemon rescinded his motion.

Voicing his displeasure with the lack of a process to terminate at-will employees in a more respectful manner, Hardemon said, “If I wasn’t elected to this position by these good people, I would be just another Negro in Miami moved out by this unfair process.”