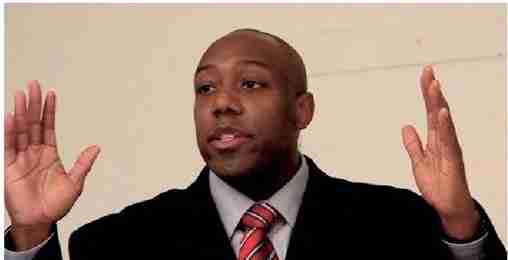 WEST PALM BEACH, Fla – It seems fathers are always left out of the equation. And that’s especially true for black fathers, the experts say. But that changes this week. Sickle Cell Anemia Foundation of Palm Beach County and the Treasure Coast, Inc., are sponsoring a conference with special focus on fathers, men and boys.

The 1st Annual, “A Father’s Heart” Conference will feature workshops, an awards ceremony and speakers from as far away as Johns Hopkins Medical Center. It takes place June 15-17 at the Ramada West Palm Beach Airport Hotel, located at 1901 Palm Beach Lakes Blvd. in West Palm Beach.

Although the event is sponsored by the Sickle Cell Foundation, its focus is not on sickle cell, but rather a celebration of all men, boys and fathers in anticipation of Father’s Day, on June 19. “We’re celebrating fathers,” said Bruce Glover, supervisor for the organization’s Community Voice Program, whose male component inspired the conference. “We never seem to celebrate men,” said Glover.

The conference is all about men –helping them to be better fathers, to be present fathers, helping them to navigate the complexities of being a great father, even if they are no longer with the child’s mother. The conference will also help men to set a legacy for their children, to learn how to handle finances, help with legal issues and so much more, said Bill Cooper, Community Voice Program Coordinator.

“We want to help men to realize they are really needed in the family. They are significant,” said Cooper, who is also a pastor. “Men in the family affect graduation rates, juvenile crime rates, college attendance rates,” he said. “Even when the father’s name is on the birth certificate, that child does better in life, research shows.”

Cooper will be one of the workshop in the structors, but organization has brought in dynamic national speakers who are expected to educate, inform and inspire the men in attendance.

On Thursday, the keynote speaker will be Dr. B. Gerald Davis, a native of Miami, who will speak on the subject: “Fear, Faith, and Fatherhood.” Davis has over 20 years of leadership experience in a variety of contexts, including local churches, education and non profit as well as for profit organizations. He has also served in a variety of leadership capacities over the past two decades.

The keynote speaker for Friday hails from the Johns Hopkins School of Medicine. Dr. Roland Thorpe Jr.’s topic is “Saving Our Sons.” Dr. Thorpe is also a visiting research fellow at Duke University’s Center on Biobehavioral Research on Health Disparities, where the focus and collaboration is on improving the lives of African Americans.

Also, on Friday evening, the Men of Distinction Awards will honor men from the community who are unsung heroes. “There are so many exemplary men in the community who are not being recognized,” said Shalonda Warren, CEO of the Sickle Cell Foundation of Palm Beach County and the Treasure Coast.”Many of these men have created the way for others and we felt they should be recognized and honored for their contributions to the community,” said Warren.

Cooper and Warren said it’s the organization’s, Community Voice: Taking it to the People, program’s male component, which inspired the conference and its focus on men. The Community Voice program is committed to reducing infant mortality rates among blacks. “We also have a male component which educates men about their role as fathers.”

Research has shown that when a father is involved in the child’s life, the outcomes are much better. Making it to that first year (of life) is critical,” said Cooper, who, in addition to his role with Community Voice, also pastors Mt. Zion AME Church in Belle Glade.

Warren says that approximately 1500 men have graduated from the male classes offered by the program. “The classes are composed of men and taught by men. We saw that men really wanted to know more, so we invited experts in to teach them. They attend a series of classes over five weeks. It’s been very effective,” she added.

Warren says “A Father’s Heart” Conference hopes to show men how valuable and how important they really are.

For more information, please call the Sickle Cell Foundation in Palm Beach County at 561833-3113 or visit the website at: www.sicklecellpbc.org.

Next post Romney joins with other racial hypocrites to denounce Trump