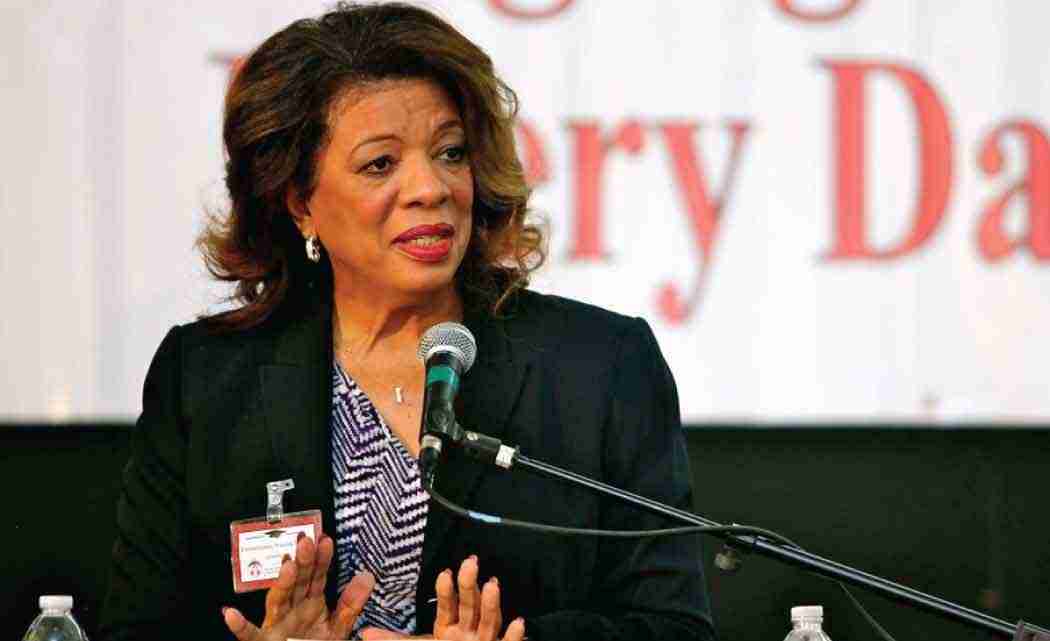 WEST PALM BEACH — A firestorm was created last week when the Palm Beach Post incorrectly reported that Palm Beach County commissioner Priscilla Taylor had not been in support of Verdenia Baker as her first choice for the County Administrator post, but instead, had selected Michael C. Rogers as her first place choice.

Word spread quickly throughout the black community. Many black leaders had called upon the commission members to select Baker for the job. Taylor is African American and is the only black on the county commission, which was charged with selecting the administrator. Baker had been the Deputy Administrator for 15 years and many in the black community felt it was only fair that she was chosen to move into the head position. The Reverend Gerald D. Kisner, pastor of the historic Tabernacle Missionary Baptist Church in West Palm Beach, had been one of the community leaders at the forefront, calling on the commission to select Baker. Baker has since been selected as the County Administrator, making history last week by becoming the first African American and the first female to the post.

But quickly, Taylor pointed out that her selection had been stated in the Post incorrectly. Taylor said she learned of the mistake on Facebook. She quickly checked with the county’s legal department to make sure she had selected Baker as her first choice as she had indeed intended. Discovering the Post had erred, she notified the paper, which then made the change. The Palm Beach Post quickly corrected their previous version of the story, now running the following disclaimer at the top of the online story. “Due to an erroneous calculation by consultant S. Renee Narloch and Associates, an earlier version of this story included an incorrect ranking of candidates from Commissioner Priscilla Taylor. Taylor’s rankings and the candidates’ final rankings included in the boxes below are now correct.”

The Post now correctly states that Taylor’s rankings were for Baker 1st, and Rogers 2nd.

But before the correction was made, word quickly spread through the black community like wildfire, causing the ire of some when they read Taylor’s reported rankings. “Obviously, some people from the community were concerned,” said Taylor in a telephone interview.

Some people were concerned to the point they considered pulling their support from Taylor in her run for U.S. Congress in 2016. But once the mistake was acknowledged, everyone was back on board with Taylor.

Taylor said she supports Verdenia Baker because she believes Baker will do a fine job as the county administrator. “I think she will do a fine job. She was my choice for the position.” Taylor has since moved on from the flub, saying the paper has corrected the mistake.

Taylor plans to run for the open congressional seat of Rep. Patrick Murphy, D-Jupiter, who announced that he’s running for the seat of Republican Sen. Marco Rubio. Rubio is giving up his senate seat to run for President of the United States.

“I am running for Congress to continue Patrick Murphy’s record of bipartisan leadership. I will be a champion for middle class jobs, strengthening Social Security and Medicare and protecting our environment and fragile coastline,” Taylor said. “I want to be a voice for the middle class and create jobs.  So many people are still hurting. There are so many issues we’re facing,” she said. The district is Congressional District 18, which encompasses parts of Martin, St. Lucie, Okeechobee and Palm Beach counties.

Among other things, Taylor is also concerned about the community and its relationship with the police. She is holding a daylong meeting set for May 30th to strengthen ties in the community with law enforcement. The “Community Safety Roundtable” will bring together police chiefs throughout Palm Beach County with the community to address concerns. The goal is to avoid situations like those in Baltimore, Md.  The Roundtable will be held from 10-noon at the Palm Beach County Governmental Center, 301 N. Olive Avenue, 6th Floor, West Palm Beach. Following the Roundtable, there will be three training sessions: Self Marshalling Training; the Power of Peaceful Protests; and How to respond if you are stopped by Law Enforcement.

“I think we are going to have a good workshop. This will give us a really good place to start,” said Taylor.

The event is free and open to the public.