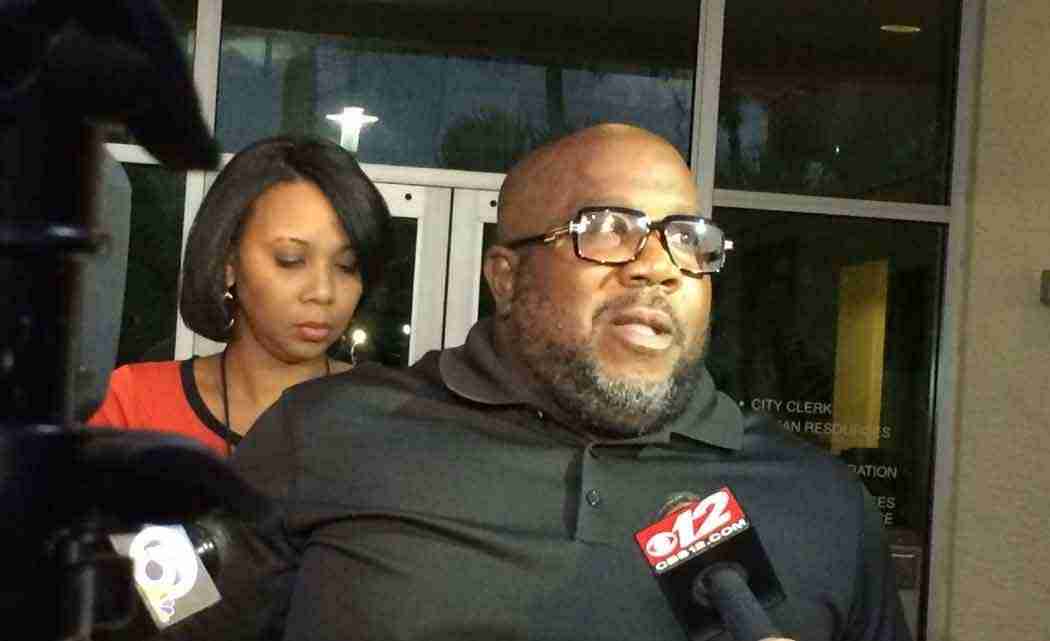 WEST PALM BEACH, Fla. —After a three and a half hour closed door meeting with the Palm Beach Gardens police chief, mayor and city manager, organizers of a planned protest at The Gardens Mall on behalf of Corey Jones, say the protest will go on. Derrick McCray, proprietor of McCray’s Backyard BBQ and a spokesman on behalf of the group who met with the officials, said even though there was progress made during the hours- long meeting on Monday, the Mall protest  still stands. Some people had speculated that the reason  officials were eager to meet with community leaders is because they had hoped to avoid a spectacle at the upscale mall, which is home to stores such as Macy’s, Nordstrom, Bloomingdales, Saks Fifth Avenue and others. But McCray said the protest at the mall is necessary because certain actions and changes still need to take place regarding the case.

“We won’t meet inside the mall, but we definitely will meet outside the mall and make our voices heard,” McCray said. “We still want to be fair and ethical to the city of Palm Beach Gardens,” he said, citing they won’t protest inside the mall as to upset businesses.

“We’re hoping the citizens of Palm Beach Gardens will join us, because this is not just about Corey Jones. This is about all people.”

The mall protest over the shooting of Corey Jones will take place Saturday, November 21 at 12:01pm in the parking lot of The Gardens Mall, located east of I-95 at  3101 PGA Boulevard in Palm Beach Gardens. The mayor of Palm Beach Gardens, Eric Jablin says he supports the protest as long as it’s not inside the mall.

McCray said they are moving ahead with the protest, because they are calling for charges to be brought against Nouman Raja, the officer who killed Jones on October 18 as he waited for a tow truck for his broken down car on I-95 in the upscale community during the wee hours of the morning. He said they are also calling for policy changes within the police department.

Raja was fired from the Palm Beach Gardens Police Department as of 5pm, November 11. McCray said in the meeting they were told Raja was fired because he was still in the midst of his one-year probationary period. But McCray said the firing of Raja was not enough. They want an indictment of the officer.

But a call to Palm Beach County State Attorney Dave Aronberg’s office yielded no new information about an indictment as a result of his firing. The South Florida Times was told the State Attorney’s Office had “no comment” about an indictment, citing “an open investigation.”  The Jones family had also said the firing of the officer was only a “first step in the right direction.”

McCray said another meeting will be held within a couple of weeks.

At press time, a coalition led by Riviera Beach Mayor Thomas Masters was due to travel to Washington, D.C. to meet with  the White House, Department of Justice and elected officials to discuss federal legislation for policing changes and to discuss “Corey Jones Law,” which would impact how plainclothes officers interact and approach the public.