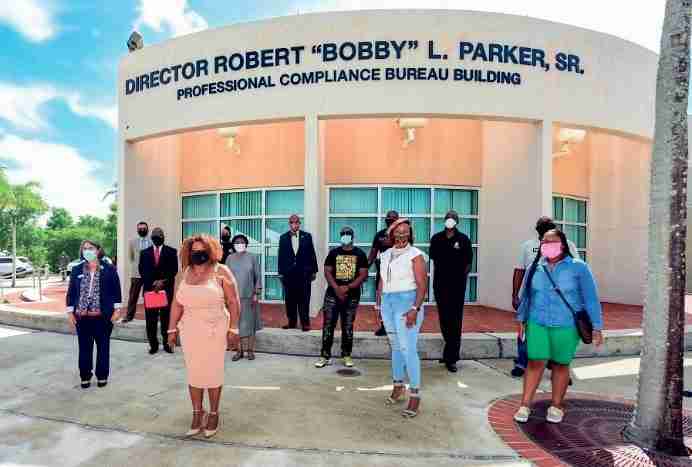 During the ceremony, Jordan recalled her experiences with Parker.

“I grew to respect him, not just as a Black chief but as a chief’s chief … a person who had dignity, integrity and did not mind speaking his mind,” she said.

Director Parker joined the Miami-Dade Police Department in 1976 and rose through the ranks to become the department’s ﬁrst African American director in 2004.

He served in the MDPD for more than three decades and retired in 2009.

After his retirement Parker’s commitment to public service continued through his volunteer work, professional afﬁliations, and participation in initiatives, councils and boards that focused on law enforcement and public safety. He died on July 22, 2015.