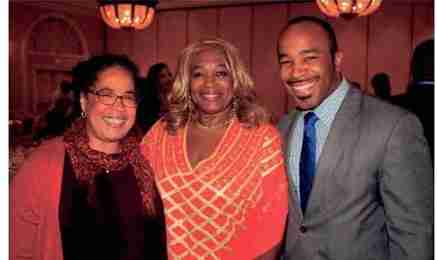 The election-eve tension didn’t prevent South Florida Democrats from joyfully ribbing one of their dear members as the Together We Stand Democratic Club hosted its 8th Annual Community Roast with Debra L. Robinson as this year’s roastee.

“It’s an occasion on which we have an opportunity to have some fun with someone we dearly admire, and respect,” said West Palm Beach commissioner and second- year emcee Corey Neering Jr., as he introduced this year’s sacrificial lamb during the Nov. 5 luncheon event at the West Palm Beach Marriott.

The parade of raucous laughter he predicted soon followed, as friends and admirers hurled zingers at Robinson, a local Veterans Medical Center physician, District 7 School Board member, wife, mother and grandmother, and a noted advocate for children.

Attendees first enjoyed a photo slideshow of what might have been called “Dr. Robinson, the Early Years,” to the tune of an anthem popularized during President Barack Obama’s campaigns – Stevie Wonder’s Signed, Sealed Delivered – and Alicia Keys’ This Girl Is On Fire.

Soon, Joyce Edison was describing being Robinson’s assistant as “like working for Morpheus, from the sci-fi movie The Matrix,” adding, “I truly admire her warrior spirit” as an advocate for children in general and education in particular.

Brown said she “found a quote by Clarence Darrow that might have explained what happened if someone messed with Robinson’s children and grandchildren: “I never killed a man, but I’ve read many obituaries with great pleasure.”

There were quips from Myra Bazwmore about Robinson always carrying ” a brightly colored handbag, that you could literally fit a small child in.”

There were jokes about her colorful language reflecting Robinson’s passionate advocacy, prompting fellow Howard University grad DeAndre Poole to recognize her with the “Best Cusser” Award and gift her with a bottle of mouthwash.

State Rep. Bobby Powell Jr., who recently scored a huge primary election victory for a state Senate seat, closed out the loving assault by noting with incredulity that “Somebody was bold enough to run against her in the last election. Now you know most people are afraid of Dr. Robinson. And that’s why most of you are here today.”

The Together We Stand Democratic Club, whose stated three- fold purpose is to promote the general welfare and interest of the Democratic Party, to encourage party loyalty and to leverage each individual’s vote to maximize political influence with the community, meets every third Sunday at the West Palm Beach Fire Station at 5050 Broadway.

Robinson’s remarks, preceded by a spirited standing ovation, included, “First, let me tell you I’m not going anywhere, so if you thought you were going to honor me and shut me up, it’s not going to work. I’ve got more work to do and I intend to do it.”

She also noted the hateful presidential election rhetoric and climate, and the tensions she and others were feeling with the election two days away, saying, “I really thought that we as a country had gone further than that.” 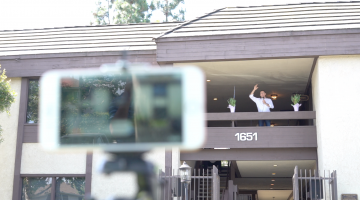 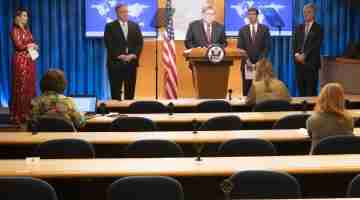