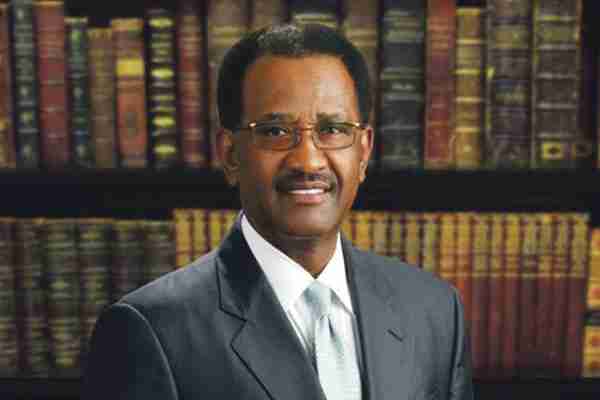 “President Gallon has been a pillar of the college and the community for the past 17 years,” said Carolyn L. Williams, Board of Trustee’s chairwoman, in a statement released last Tuesday. “We celebrate his remarkable career, and we cannot adequately express our appreciation for his service to our students and to Palm Beach County.”

Gallon said he is experiencing “some anxiety” over the decision, and takes pride in all the college has accomplished under his watch.

“The college has grown in size and stature, right along with the community that we are charged to serve,” said Gallon. “We all have worked and dedicated ourselves to helping our students reach their full potential and their educational objectives. Looking back, we have accomplished some amazing things.”

• Implementing a comprehensive curriculum, expanding programs and access via the Internet and instructional technology advances.

• Expanding the College from the 11th largest community college in Florida to the 7th largest, serving 48,000 students each year.

• Bolstering the institution’s ability to respond to workforce training and business needs in Palm Beach County, through the transfer of 45 Post-Secondary Adult Vocational Programs from the school district to the college.

• Adding 19 new buildings across all four of college’s current campuses.

• Gaining reaffirmation of accreditation from the Southern Association of Colleges and Schools Commission on Colleges in 2012 with no recommendations for improvement.

• Establishing a $121.5 million operating budget and an endowment that grew from $6.9 million at the beginning of President Gallon’s tenure in 1997 to $31.6 million today. The college has a $1.1 billion economic impact on Palm Beach County according to a state study released last year.

Over the next academic year, Gallon will work with the board and the administrative team to ensure a smooth transition for the next college president. A search for a new president has not been started.

“President Gallon will continue to guide ongoing projects, such as the Completion Agenda to enhance student success and the beginning of construction of our new campus in Loxahatchee Groves,” Williams said. “The new president will bring these projects to fruition and lead the college to face challenges yet to come.”

Board members expressed high praise for Gallon’s commitment to the college and his work on behalf of students. “You have left some big shoes to fill,” trustee John W. Dowd III told him.

Trustee Wendy S. Link alluded to her experiences working along with him to advance the college agenda at the state and national levels of government and in the community. “He has worked so hard for this institution.  No one would believe it unless you witnessed it yourself,” she said.

Gallon holds a Bachelor of Science degree in Business from Edward Waters College, a Master of Science in Business from Indiana University, and a Ph.D. in Higher Education Administration from the University of Florida. Before being appointed as the college’s fourth president, he taught at the secondary and post-secondary levels, including as an adjunct professor at the University of Florida’s Institute of Higher Education. He also held positions at Florida Junior College (now State College) at Jacksonville, as a faculty member and administrator, including president of the Kent Campus.