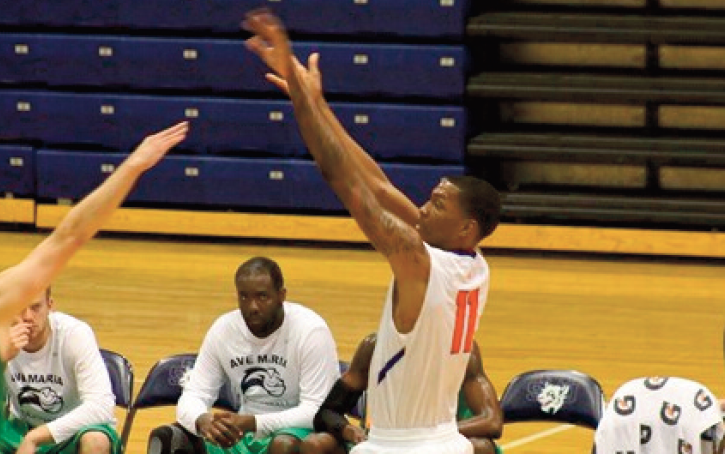 Florida Memorial’s Devonte Byrd scored a career-high 30 points, knocking down 11-of-18 of his attempts, while going 6-8 from the three point line.

In the second half, both team’s offenses continued to exchange baskets, with FMU leading by as much as 11 points. With less than 18 minutes to go, Ave Maria made a run and cut the lead to four points, but Devonte Byrd hit six baskets in a row and put up 19 points in the half. The Lions turned up the heat and held Ave Maria scoreless for most of the second half. The Lions slowed the tempo, controlled the clock, and scored down the stretch to close out the game and seal the win.

Florida Memorial out-shot Ave Maria 34.8 to 30.6 percent, while out-rebounding their opponent by a 29-28 margin. The Lions shot 36.4 percent from the three point line.