District 1 race heats up with Gibson vs. Jordan 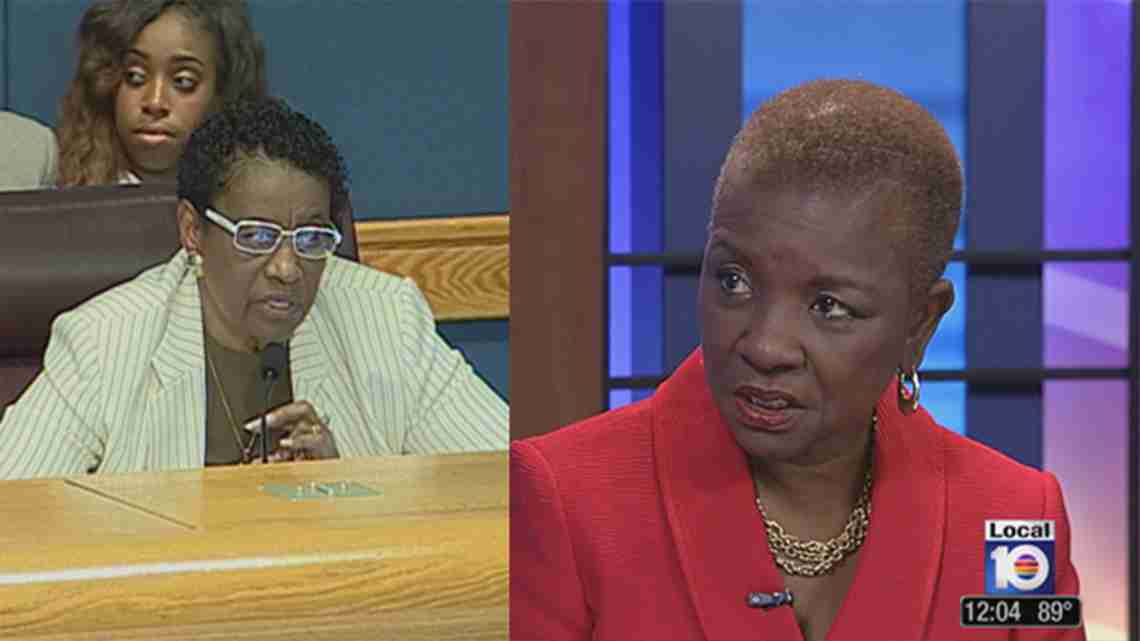 MIAMI GARDENS — The race for the District 1 seat on the Miami-Dade County Commission has heated up with an announcement by outgoing Miami Gardens Mayor Shirley Gibson that she will seek to oust incumbent Barbara Jordan.

Gibson’s announcement came as she delivered her ninth State of the City address on May 22 at Florida Memorial University in Miami Gardens.

Jordan was among the large gathering of officials and residents listening to the only mayor the nine-year-old city has ever known give her farewell address.

Jordan told South Florida Times she had heard a rumor that Gibson might declare her candidacy a few weeks before the mayor made it official and so she was not surprised.

But Jordan said she was  “taken aback” because Gibson “had pledged her support for me.”

“I considered Shirley to be a fine inaugural mayor but my work speaks for itself. The people know I will fight for them and won’t be persuaded to do something that is not in their best interest,” Jordan said.

Gibson told South Florida Times that she had spent a considerable amount of time deciding whether to run for the commission seat which Jordan has held for eight years.

“I really made a final decision in the days leading up to the announcement,” said Gibson, whose tenure as mayor ends in August.

Her decision was prompted by requests from constituents who asked her to continue to help them through public service once her term as mayor ends, she said.

“I started thinking, ‘Where can I engage?’ So I looked at commission Seat 1. I gave it a lot of thought. I didn’t jump into this race without thinking it through. The people pulled me in.”

Gibson acknowledged signing an endorsement card for Jordan’s campaign last October, saying it was at Jordan’s request and at the time she had no intention of seeking the seat.

“My change of heart was not about the other candidate but for Commission Seat 1 and what is needed in the city of Miami Garden and what the people want, which is change,” said Gibson, who is backed by wealthy Miami businessman and civic activist Norman Braman.

“I think the residents in District 1 are wise enough not to allow a person like Norman Braman or any other interest group influence who is elected to office,” Jordan said. “I don’t pander to anyone. I do what’s right for the community.”

Jordan’s campaign is getting a major boost from community activist Betty Ferguson, who held the seat for nine years before retiring in 2004. She told the South Florida Times this Tuesday that there is “no doubt that I will be supporting Barbara Jordan.”

“I have not yet formally endorsed anyone but I am going to,” Ferguson said. She said she is planning to host a fundraiser for Jordan and will make her support official then, if not earlier.

Ferguson’s ties to Jordan go back more than a decade.  She said when she decided not to seek re-election, she asked Jordan, then an assistant county manager, to run for her seat.

“I felt the community really needed someone and would be lucky to have someone who knew both sides, who had been part of that bureaucracy for 29 years and now retired from that and working to serve the community and would not need that learning curve that I did,” Ferguson said.

Wade Jones, who is also campaigning for the District 1 seat in the Aug. 14 election, said he also had heard that Gibson would enter the contest weeks before it was announced. He too was present for the State of the City speech, where his campaign staffers handed out flyers.

“I think people are looking for new blood and people who are willing to put some hard work in and solve problems by being active in the community,” Jones told South Florida Times. “People are suffering and the community is in a crisis right now and you need someone without ulterior motives to come in and help. I have the capacity, the will, and the guts to do what’s right.”

Jones worked in the transportation industry for a decade before becoming a county community liaison in 2009. He said he feels comfortable with the competition.

“As I talk to people in the community, they’re telling me it’s hard to tell they have any representation. They feel like they’re by themselves,” Jones said. “In the end, it will be up to the voters to decide.”