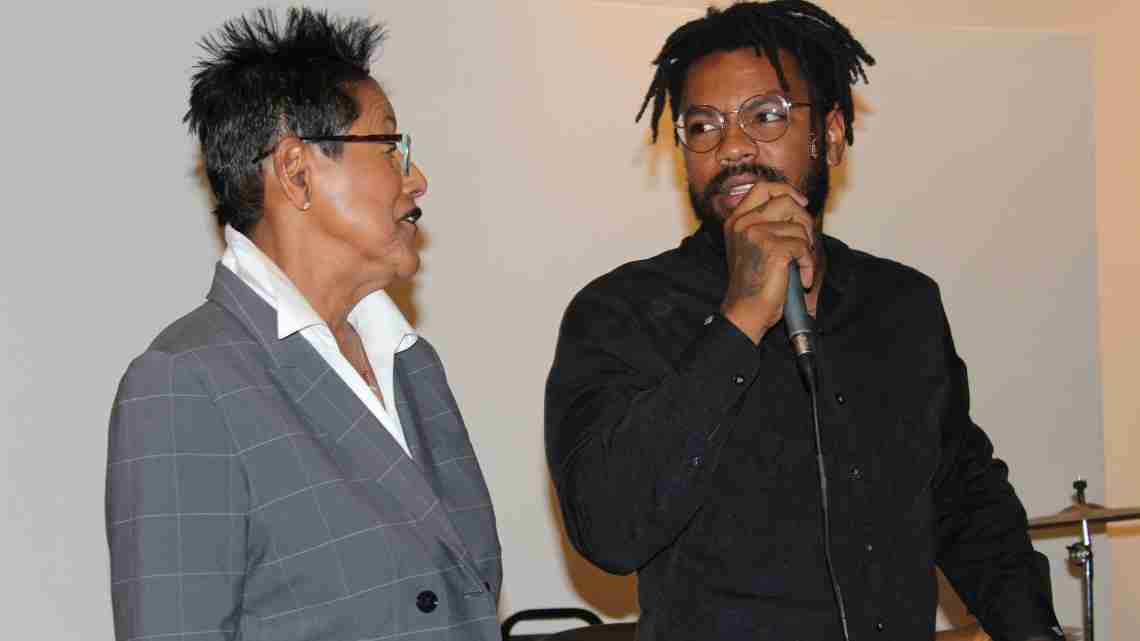 OPA-LOCKA, Fla. – The camaraderie was thick in the room at the Dream Defenders fundraiser, “A Dollar and a Dream,” held last Wednesday night. Authentic laughter and love were on full display as guests waited patiently to hear from keynote speaker Elaine Brown, former chair of the Black Panther Party.

(Pictured below: Elaine Brown, former chair of the Black Panther Party, talks about ‘Revolution or Reform’ during a fundraiser for the Dream Defenders on Wednesday, April 12 in Opa-Locka. Photo courtesy of Anne-Marie Rene for Dream Defenders.) 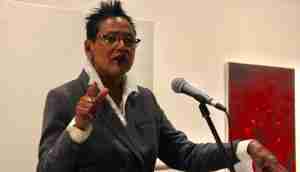 As attendees from all races, cultures and backgrounds mixed and mingled it became evident the Dream Defenders is more than an activist organization; it is a family.

The notion was further confirmed when member Francois Alexandre, 31, gave his testimony, sharing how the Dream Defenders provided him with solace after he was beaten by nine police officers while recording unfair treatment of blacks after a Miami Heat game in 2013.

Though the charges against Alexandre were dropped because there was a videotape of the incident, he felt he needed to do more to address it.

“It doesn’t matter at what age you come into activism, it’s almost like fate. It doesn’t matter when you realize that God exists,” Alexandre said. “I can come back and tell these police that I got people that got my back. Instead of going out and becoming this horrible guy … I decided that I was going to go out and fight for liberation, fight for revolution and there’s no other way.”

At 74-years of age, Brown is still about the fight Alexandre spoke of. As the only woman to have chaired the Black Panther Party, she spoke passionately about “Revolution or Reform.”

“The Black Panther Party had one primary goal and that goal was the liberation of black people in the United States of America,” Brown told the crowd. “It might not have been what other people wanted, but it was what we wanted.”

Brown said black people today should still want freedom – and on their own terms.

“The system that oppresses us can’t be the one that will free us, can it? It doesn’t make any sense does it?” Brown asked. “We think capitalism is going to deliver us from evil when capitalism is the evil from which we are trying to be delivered. Are we insane? You have to be stupid to think like that. If we’re not out to try to fundamentally change things then we’re not talking about freedom at all.”

During her talk, Brown advocated against trying to fix what she called a broken system.

“We are going to talk about the complete dismantling and overthrow of the existing scheme and introduction of something else,” Brown said. “If that’s not what you’re talking about, go on and get yourself a job and be happy in massa’s (slang for master’s) house.”

She decried sitting idly by and watching things happen.

“The whole world is being transformed and we’re just walking around looking at it and crying about it and whining about it,”

Brown said. “We didn’t take videotapes of Oscar Brown getting shot in the back begging for his life … Why weren’t you in the video tape. Why didn’t you jump in there and help.”

She also denounced infighting among black men and women and having self-centered goals and ambitions.

“Women against men … The whole black man was the leader of the last revolution so we gon’ have a whole anti-black man thing going on, I’m not gon’ have it!” Brown said.

“We can’t afford to have a conflict with our brothers. We are together.” 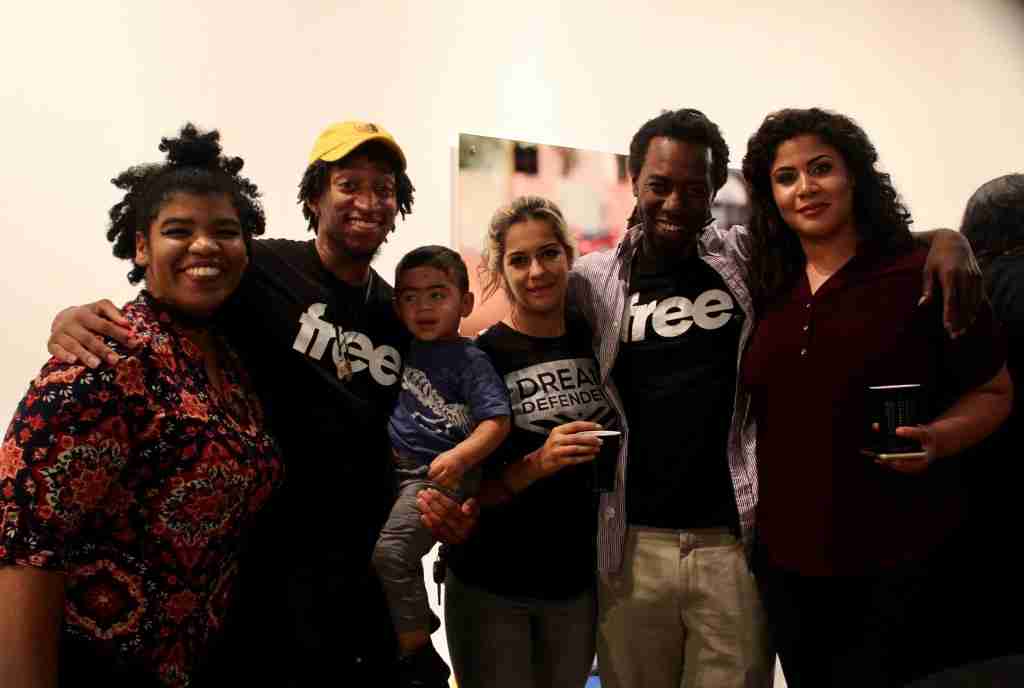 Brown noted misconceptions about the party and how they studied lots of different liberation movements and leaders around the world.

“People think we were just a bunch of black thugs running around and we had no ideology,” Brown said. “All the studies we were looking at told us there’s only one way for us to be free and that’s revolution in the United States.”

She said the brilliance of black people is measured beyond standardized tests.

“I tell you what, we don’t even know what IQ is. If I’m a little girl in Georgia living on $300 a month with one child and I figure out how to make it work, I got to be a genius,” Brown said. “Genius is being able to take the conditions and figure out what to do with them so you can live and survive.”

Brown warned against being too comfortable with finding contentment in amassing material things.

“(You) get a job, have a little credit card, a leased car and now your ass is all part of massa’s house and you happy, you just happy,” Brown said. “You can keep your job, but let that not be your end game. … We have to choose freedom and this means we have to choose revolution.”

After Brown’s speech, Dream Defender co-founder umi selah thanked her for her support and asked attendees to donate to their cause.

“People don’t give dollars to black organizations trying to foment revolution. We’re not doing the work that we want to do. We desperately need you. Your dollar is consent,” selah said.

Visit www.sfltimes.com to read the exclusive interview South Florida Times did with Brown before the fundraiser and visit our Facebook page for footage from Brown’s speech. Visit elainebrown.org for more information on Brown and www.dreamdefenders.org to learn more about the Dream Defenders.