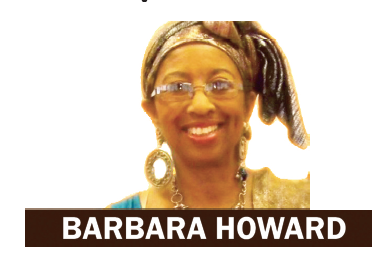 Everyone knows that I’m a “black Republican,” but most don’t know why I left the Democratic Party. It was my disappointment and shame at what I found out was betrayal of the Party to the black community. Now it seems the Republicans have taken pages from the Democrat Party’s play book and it’s making me absolutely sick.

For years I watched in utter amazement as these left-wing radicals played vicious head games with the emotions, hopes and dreams of good decent, God-fearing (and some not so God-fearing) black folks – just for their votes. Meanwhile the community got virtually nothing for their 95 percent loyalty, except empty promises and kisses on their checks while they were told that the other party was nothing but right-wing racists.

So black folk voted for anybody who was a Democrat – never even knowing most of the time who they really were or what they stood for. Black unemployment remained high, not to mention high school drop-out rates or teenage pregnancy, and lots of welfare/food stamp recipients in crime-infested, illegal drug-dealing neighborhoods.

Every community was and still is, controlled by Democrat officials who oversee the murders of hundreds of black victims at the hands of black criminals; yet the only time there seems to be an issue is when these black criminals are killed by white cops. Only then do black lives matter.

So now that there is a “movement” by “Black Lives Matter” (funded by rich white left-wing progressives), these young liberals have assumed they have the “right” to disrupt any gathering or stop traffic whenever and wherever they choose.

The Democratic play book gives license to use the race card whenever facts aren’t enough. The intention is to discredit anybody who gets in the way of your success, particularly during election season.

The irony of the 2008 and 2016 elections is that candidate Barack Obama’s campaign operatives played the race card on Hillary and Bill Clinton in 2008. So the same people who called Bill and Hillary racists then are now embracing Hillary’s campaign for POTUS while calling all the Republican candidates racists.

Mind you, I am not particularly fond of Donald Trump for POTUS, but not only are the Democrats calling him racist, but some of the other Republican candidates (especially Marco Rubio and Ted Cruz) began to push the narrative that Trump embraced the former Klu Klux Klan     Grand Wizard.

The hypocrisy of the Democrats is hilarious, considering the KKK was created by their Party to commit terrorist acts against black folk in the South and even one of their own Congressmen (Robert Byrd, now deceased) was a former KKK official.

So the greatest number of acts of racism was (and still is) committed by left-wing radicals. Playing the race card (and pointing the fickle finger of fate) is a strategy created and employed by Democrats; which makes Republicans look stupid trying to play that game.

Plus when Republicans employ the race card strategy, it’s doubly insulting. I left the Democratic Party because of the way they dealt with race. Now Marco Rubio and Ted Cruz have gotten down in the mud with Democrats. And I’m so disappointed in Mitt Romney. He has thrown more mud at Donald Trump who is in his own party than he threw at Obama when he ran against him. Where was that fire then?

I know I am thoroughly ashamed of what this Party has become. I don’t care if Donald Trump started it, but this stupidity needs to stop now, especially the effort to stop Trump.

Let the people decide for whom they want to vote. The Democrats have been strategizing how to either eliminate the G.O.P. or become the dominant party forever.

The way things are going, regardless of who becomes the next President of the United States, it looks like the G.O.P. has destroyed itself from within and the Democrats have gone so far left, they’ve been taken over by Socialists, Communists and Atheists.

May the Lord have mercy on our souls!