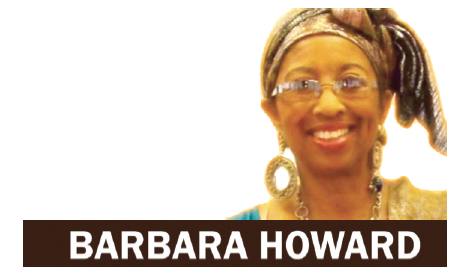 So who do you trust to run the country now that Obama’s reign is up?

Almost everywhere you go today, you hear discussions about the presidential elections. Well, almost everywhere. Sadly, there are actually people who shy away from political discussions, spouting tired, old phrases like, “I don’t discuss politics or religion” or even worse, “I don’t vote.” But ironically, some of these people actually do vote and all the ones I’ve talked to vote for Democrats.

And when you tell them that the one Democrat (Bernie Sanders) is a Socialist, the response is normally, “There’s nothing wrong with a little Socialism.” But ask them to explain what Socialism is, they can’t.

All they know is that it’s better than whatever Republicans, especially Donald Trump, are offering; since for the African-American community, 95 percent of whom are registered Democrats, all Republicans are racists and have nothing for them.

So let’s look at Donald Trump. He takes pompousness to a whole new level. Trump is to pomposity what President Barack Obama is to arrogance. Plus I think Donald Trump is in this race to ensure that if Hillary Clinton loses, the Democrats will still be in control. Donald Trump used to be a Democrat and still holds fast to ultra-liberal ideals.

Besides he spent a ton of money on the Clintons – before, during and after Bill Clinton was president. So he may have changed his registration, but has not changed his affiliations. The tiger never changes his stripes.

And the mainstream media and pundits are working hard to ensure that Trump gets the Republican nomination and will win the election even if he ultimately runs as an Independent. His win accomplishes two things: first, it keeps the Democratic Party, which has been taken over by radical Progressives, aka Socialists/Communists, in control of the White House and secondly, it decimates the Republican Party; therefore accomplishing the ultimate goal of making this a one-party country.

Tragically, the black vote is, and has been for some 40+ years, being manipulated to maintain the power that Democrats so lustfully crave.

By labeling all Republicans as racists, the Democratic Party, secures black loyalty. What they no longer control by Jim Crow laws, black codes and ultimately slavery, they control by making black folk think that it is the other party that hates them. It is so pervasive that even black pundits constantly play the race card – so much so that most black Republicans run back into their political closet.

Speaking of closets, does anybody besides me find it curious that most middle and upper-class black folk spend their Sundays in church, even worshipping their Democratic politicians who come around during election season, while these same politicians spend their time denouncing Christianity, uplifting gay folk who come out of their closets and violating the very Biblical principles, especially the institution of marriage, that black folk supposedly hold so dear?

Most don’t even care that during the 2012 Democratic Convention, Democrats even went so far as to take the name of God completely out of their platform, then put it back in when there was backlash from the media.

Most black folk also don’t care that when other presidents honored the clergy at the White House, Obama honored the LGBTQ (Lesbian, Gay, etc.) community or that he lit up the White House one night with the LGBTQ colors. Or that under the loving eye of the second black POTUS (remember Bill Clinton was the “first”), black youth unemployment rose past 51 percent, violent crime in the inner cities increased upwards of almost 10 percent in some areas and millions of people lost their jobs and went on food stamps.

Yet to show his concern for black folk, Obama had his Justice Department impose sanctions on police departments across the country in an effort to paint these cops as racists. So now Bernie Sanders and Hillary Clinton are pandering to the black community to let them know that each will continue Obama’s “legacy.”

Uncle Bernie wants to give everybody “free” stuff and Hillary wants to take over Obama’s reign as “Prevaricator-in-Chief.” The game is “who can tell the best lies to keep black folk voting to stay on the Democratic plantation so white Democrats can stay in power.”

When will black folk get tired of playing this game and getting nothing in return?

Next post Parents lose if lawsuit against school choice wins