Elevating the Dialogue…. in Politics 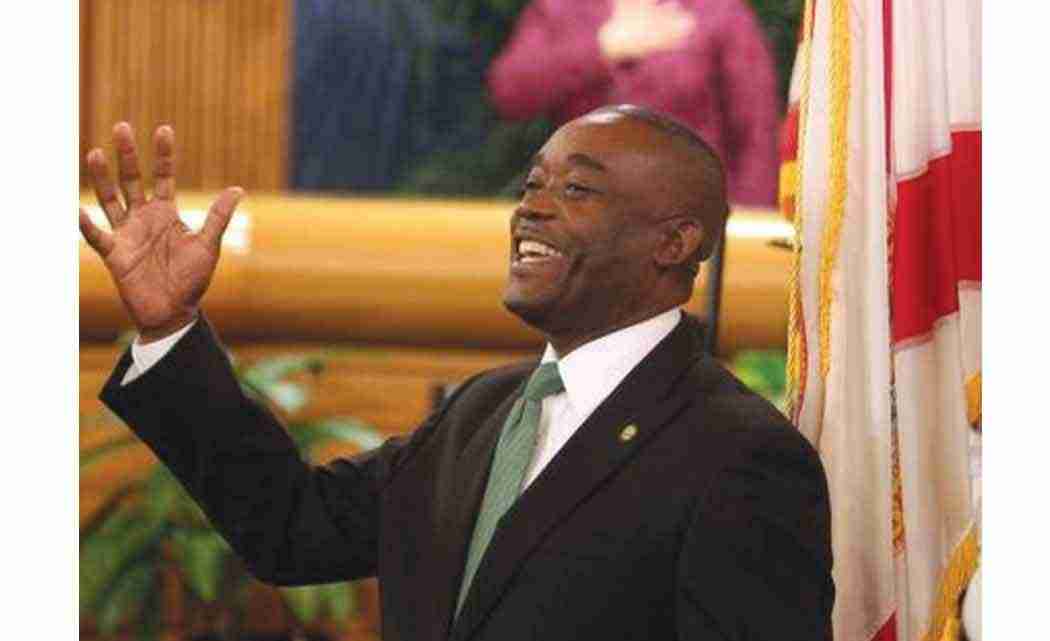 Commission Chairman has bold vision to increase prosperity throughout county

Miami — Miami-Dade Commission Chairman Jean Monestime wants to level the economic playing field for poor and minority residents throughout the county; and based on the initiatives that he has proposed since being unanimously elected to the leadership role in 2014, he is well on his way.

Monestime, 53, the first Haitian-American to serve in the chairman role, spoke to the South Florida Times about his vision for his constituents and how he plans to achieve it. Elected in 2010, he represents District 2, which includes portions of Little Haiti, Liberty City, North Miami, North Miami Beach and Biscayne Gardens.

“My vision is to see a Miami-Dade County that is more equitable across racial and ethnic lines, financially and across district lines,” he explained.

His approach recognizes the far reaching impact of a family’s economic status to its overall well-being; and that when individual families prosper, collectively, communities, do, too.

Closing the income gap between Miami-Dade County’s “haves and have nots” is a priority that is fueling Monestime’s efforts to transform key areas that affect a family’s ability to thrive financially; specifically housing, transportation and employment.

His is a progressive approach to local governance that begins with The Chairman’s Council for Prosperity Initiatives (Prosperity Council), a Monestime initiative that is serving as the impetus for progressive ideas and strategies to increase wealth throughout the county, especially in communities where poverty has been prevalent.

“We’re trying to be out of the box and creative. We’re not trying to sound cute; we’re trying to find solutions to complicated issues in our community,” he said.

A subconscious motto for the chairman seems to be “If you always do what you’ve always done, you’ll always get what you’ve always got.”  His “Ban the Box,” proposal, for example, is a major piece of legislation that could help transform the lives of ex-felons by making it easier for them to obtain employment.

The initiative encourages the business community to discontinue asking employment candidates about their criminal history on job applications.

“To the extent that someone is qualified for a position and this person would apply, the employer would offer an interview, and if this person is …selected for the position, then this person is required to disclose that they have a criminal background,” Monestime explained.  “The employer would make a decision at that time whether to offer a job opportunity or contract to this individual.”

The idea is that by becoming better acquainted with an applicant through the interview process, an employer could consider the person’s criminal history in a larger context instead of using it to exclude potentially viable employees.

“Too many people are prevented from getting a job opportunity because they have to disclose on the application whether they have a criminal background or not. We think that that has been unfair to too many people, and because of that, we think that this is a piece of policy that will have a major impact in our community to the extent that the business community buys into it and implements it,” he shared of the initiative that could also impact the recidivism rate of ex-felons whose return to jail often hinges on their inability to obtain gainful employment.

Other initiatives that have emerged from the Prosperity Council, which is comprised of fellow commissioners, Barbara Jordan (D-1) and Daniella Levine Cava (D-8), include an examination of the county’s housing issue that includes, but also extends beyond, the provision of affordable housing.

Expanding the county’s existing first time homeowners’ programs by raising the income cap would benefit families that are caught in the middle with incomes that are too high to meet the current criteria, but not high enough to afford South Florida’s exorbitant housing prices.

Monestime explained that the council relies on input from experts in various fields to share best practices that the county commission can consider.

“So far, so good,” Monestime said of the council’s progress to date. “We have a number of polices that have come before the board and others that are in the pipeline that will really make a positive impact in this county to the extent that they are properly implemented.”

Daniella Levine Cava is the newest commissioner, representing District 8 in the southern portion of Miami-Dade County.

“I have been inspired by the Chair since I first learned about him. He has set a very wonderful tone. He announced in his inaugural remarks that he would be creating this Prosperity Council and that he would be appointing me to it and I was very excited and humbled by that decision,” she said.

Monestime’s leadership style includes thoughtful analysis that examines issues from various perspectives. On improving mass transportation, for example, he sees the obvious benefits of alleviating traffic and preserving the roadways; however, he also considers the impact that it has on a family’s ability to save money.

“According to the 2012 American Survey, the cost of driving a car in Miami-Dade County is overwhelming, probably close to $10,000 a year per family,” he explained. “By making mass transit more available in all major thoroughfares, families will have more disposable income that they can use in other means.”

The commissioner said that his focus also extends to minorities doing business with the county.

“Last year, we passed a major piece of legislation called “Residents First,” to encourage companies that do business with the county that receive more than a $1 million or that receive land from the county, to make the majority of their workforce from within the county.”

As it relates to his vision for Miami Dade County, Monestime is mindful of the legacy that he is creating for a community that “has given so much to me.”

When all is said and done, he wants to be known as “someone who has served my community well, given back to my community,” said Monestime,

Married for 29 years, the father of two college age children is reluctant to discuss his personal life, preferring to keep the focus on his work; however he did allow a reporter a small glimpse into his private world. He relaxes by spending time with family and old friends and watching sports. His musical tastes are diverse, “I like all types of music.” And he counts “The Seven Spiritual Laws of Success,” by Deepak Chopra and “The Seven Habits of Highly Effective People,” by Stephen Covey among books that have impacted his life.

“Our lives are God’s gift to us, service to our community is our gift to God. I just hope to be able to serve our community with passion and to the best of my ability,” Monestime said.

Next post Barber writes book about faith, barbershop and basketball