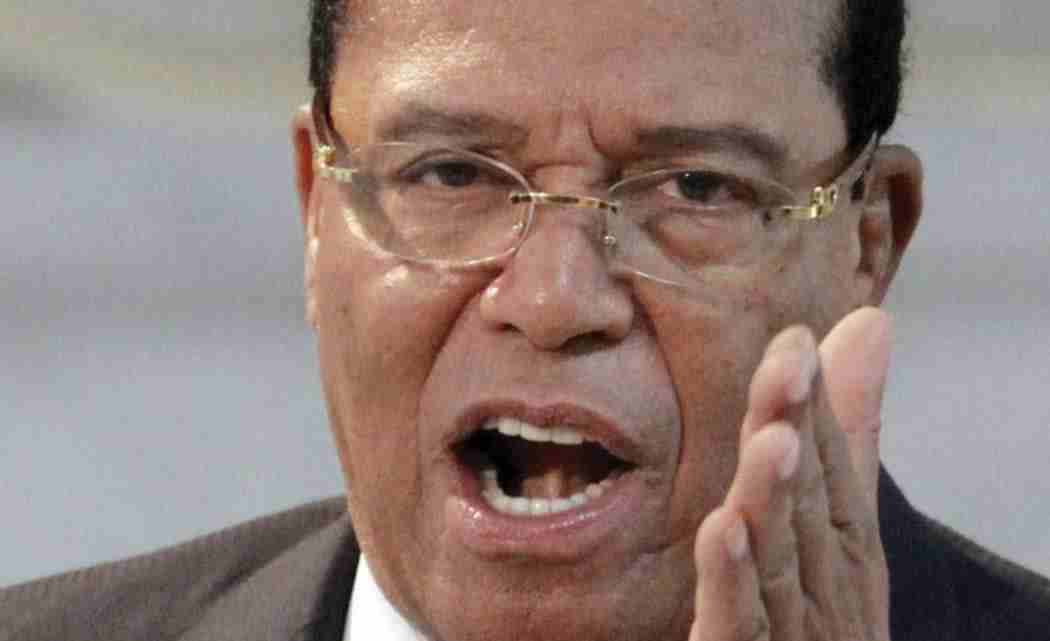 As burgeoning movements around the nation demand justice in the wake of increased violence perpetrated in many communities of color without recompense, Muslims,  Pan-Africanists, Christians, Hebrew-Israelites and Socialists converged at Miami’s own historical Lyric Theatre in Overtown to observe the “crowning event of Black History Month.”

Held on Feb. 22, the event was the 85th annual Saviours’ Day 2015 convention hosted by the Nation of Islam. The Honorable Minister Louis Farrakhan delivered a bold message that ridiculed reparations efforts and blasted former New York Mayor Rudy Giuliani regarding his recent insults of President Obama.

Presented live via a webcast from Christ Universal Temple in Chicago, Farrakhan did not mince words when addressing Giuliani’s criticism of the president.

“He didn’t grow up like we grew up … how did you grow up, Giuliani? A privileged cracker? A privileged devil? You grew up on the sweat and the blood of black men and women who made America before your fathers got here.”

This year’s theme was “The Intensifying Universal Cry for Justice.”

The event, for some, is timely after the nationwide protests following the police killings of black men in Ferguson, Missouri and Staten Island, New York; as well as the recent decision by the Department of Justice not to file civil rights charges against George Zimmerman, who was acquitted of killing 17 year-old Trayvon Martin in 2012.

Ayinde Madzimoyo, a public school teacher from Atlanta said the protests represent black people waking up. “I believe that large numbers of black people and others are becoming aware of systemic inequity and state sanctioned disregard and even, enmity for black lives. I believe that this groundswell of awareness and resulting activism follows in a long and cyclic tradition of black people’s resistance to oppression,” he said.

The purpose of the protests must include changing lives, he added, not just voicing dissatisfaction with the system. “I’m hopeful these movements will lead to an improvement in the condition of our communities.”

Patrick Muhammad, 7th Regional Student Minister of the Honorable Minister Louis Farrakhan and the Nation of Islam said, “We are witnessing a level of dissatisfaction throughout the world like we’ve never seen before.” Muhammad said that change is
inevitable because, “The Honorable Minister Farrakhan has recently said that we’ve now reached 100 percent dissatisfaction. Therefore, 100 percent dissatisfaction brings about a universal change. That’s the swell of resistance that we’re witnessing on a world wide scale caused by injustice.”

While Muhammad sees the power in the expanding protests, Madzimoyo expressed fear that they will “fizzle out fruitlessly as so many have in our history.”

He said the spiritual and emotional wounds that black people suffer from are deeply rooted in oppression.

“These wounds make it difficult to forge and maintain the connectedness necessary to make a movement successful. I think that we as black people have a great deal of healing to do in order to sustain future resistance movements.”

While today’s protests borrow from the past efforts of the Civil Rights Movement, the strategies must differ, according to Muhammad.

“In the 60s, black people in particular knew their open enemy. Today, it’s more complex because many black people, especially our black youths are ignorant of our plight of black slavery, suffering and injustice,” he explained.

Nevertheless, he said that today’s protesting youth appear willing to take on the system.

“There is a disconnection. Today, it’s the fearless youths who are protesting, and they care less for the elders of the children of Israel who have a passive, fearful attitude towards this modern Pharaoh (government),”he added.

Ultimately, he shared, God will have the final say.

“The Most Honorable Elijah Muhammad teaches that justice is a principle of fair dealing; and is the law that distinguishes between right and wrong. Justice is the weapon that God will use in the Day of Judgment.”