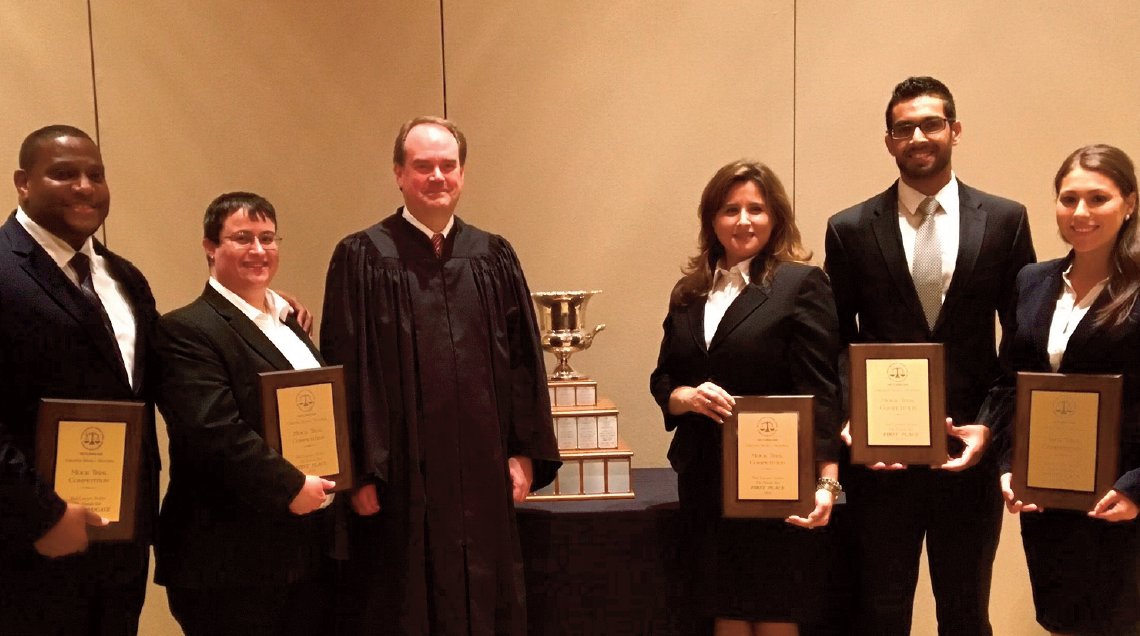 MIAMI – The Florida International University Law Trial Team continues to overwhelm the university, the Miami community and its competition. Competing against the best law schools in Florida, FIU Trial Team devastated all others by taking First Place – and the Best Advocate Award – in the Chester H. Bedell Memorial Mock Trial Competition, sponsored by the Trial Lawyers Section of The Florida Bar and held in Jacksonville as part of their annual Trial Lawyers Summit.

Under the tutelage of their law professor, H.T. Smith the trial team again exceeded the expectations of their competitors-but not their professor. Additional coaching came from Professor H. Scott Fingerhut, Trial Team alumni Ari Goldberg, Mike Ryan, Miami-Dade Assistant State Attorney Pallavi Garg, and the many local trial lawyers and judges who devote hours to support the Trial Advocacy Program.

The team worked endless hours in perfecting the art of legal debate. Beginning on October 20, 2015, the team’s commitment to victory had no bounds. Their preparation ended only at the moment their final debate began.