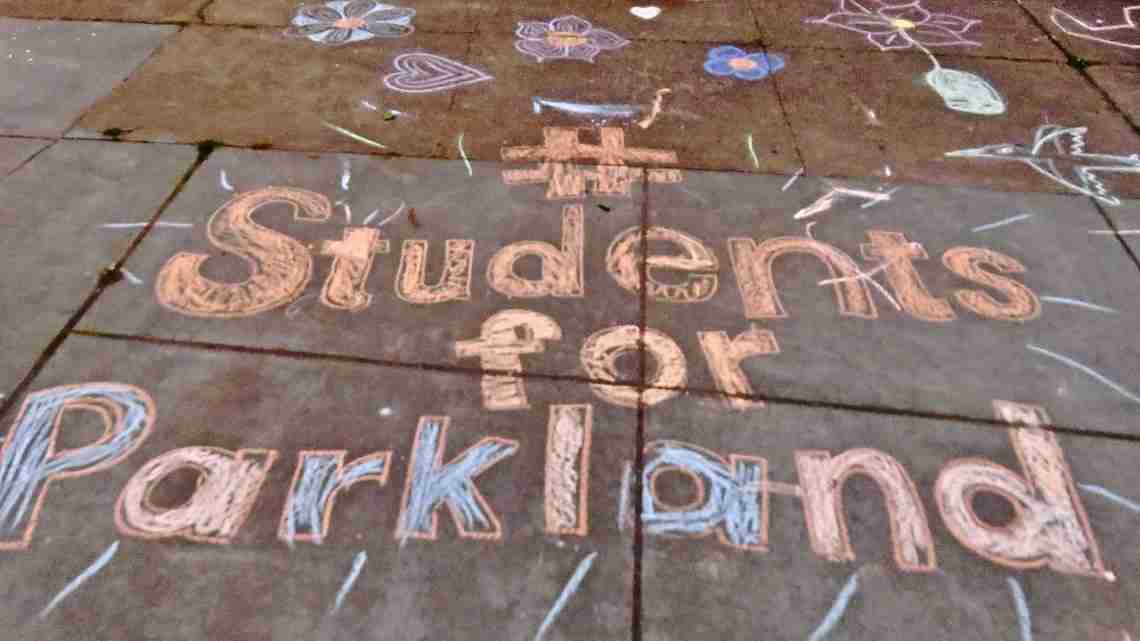 PARKLAND, Fla. (AP) – Thousands of angry students, parents, teachers and neighbors of a Florida high school where 17 people were killed demanded Saturday that immediate action be taken on gun-control legislation, insisting they would not relent until their demands were met.

The rallies in Fort Lauderdale and St. Petersburg gave a political outlet to the growing feelings of rage and mourning sparked by the carnage. Authorities say a former student who had been expelled, had mental health issues and been reported to law enforcement, used a legally purchased semiautomatic rifle to kill students and staff at Marjory Stoneman Douglas High School in Parkland.

`’Because of these gun laws, people that I know, people that I love, have died, and I will never be able to see them again,” Delaney Tarr, a student at the school, told the crowd swamping the steps and courtyard at the federal courthouse in Fort Lauderdale, about 25 miles (40 kilometers) from Parkland.

The crowd chanted: “Vote them out!” and held signs calling for action. Some read: “(hash)Never Again,” “(hash)Do something now” and “Don’t Let My Friends Die.”

Student Emma Gonzalez told the crowd politicians should stop taking donations from the National Rifle Association. `’Shame on you,” she yelled, and the crowd repeated her.

`’A lot of people are saying that these kids are activists, these kids need to be politicians,” she later told a reporter. `’But a lot of us are just other students who figured there’s strength in numbers. And we want to be sure that we end up having our message sent across. And then we can get back to our normal everyday lives, you know.”

Laurie Woodward Garcia, the mother of a 14-year-old girl, echoed many in the crowd, who said they believed that this shooting would lead to change, though so many others had not.

`’If there’s something that we can unite on as Democrats and Republicans and Independents, it’s our children. So it will happen,” she said.

In St. Petersburg, on Florida’s Gulf Coast 250 miles (400 miles) northwest of Parkland, hundreds of people gathered Saturday night in a park, where they lit candles in memory of the victims and called for legislative action on the state and federal level to end gun violence.

The rallies came as new details emerged about the suspect, Nikolas Cruz.

From a mosaic of public records, interviews with friends and family and online interactions, it appears Cruz was unstable and violent to himself and those around him – and that when notified about his threatening behavior, law enforcement did little to stop it.

Cruz’s mother died in November and his father died years ago.

He reportedly left a suburban Palm Beach County mobile home where he had been staying after his mother’s death because his benefactor gave him an ultimatum: you or the gun.

The Palm Beach Post reports Rocxanne Deschamps said, “He bought a gun and wanted to bring it into my house” in public comments that have since been removed from her Facebook page.

Chad Bennett, a friend of Deschamps’, said Cruz “chose the gun and he left.”

He then went to live with another family.

Earlier, Florida’s child welfare agency investigated after Cruz cut himself in an online video, but found him stable, according to state records.

The Sun-Sentinel reported that Florida’s Department of Children and Families investigated when Cruz posted a video on the social media network Snapchat showing him cutting his arms in 2016. The agency was called to investigate. Cruz, then 18, was listed as an “alleged victim” of medical neglect and inadequate supervision; his adoptive mother, then-68-year-old Lynda Cruz, the “alleged perpetrator.”

“Mr. Cruz was on Snapchat cutting both of his arms,” the Florida DCF abuse hotline was told in August 2016, the paper reported. “Mr. Cruz has fresh cuts on both his arms. Mr. Cruz stated he plans to go out and buy a gun. It is unknown what he is buying the gun for.”

According to the paper, DCF’s investigation was completed that Nov. 12. The agency concluded Cruz had not been mistreated by his mother, was receiving adequate care from a mental health counselor and was attending school.

Mental health center staff “came out and assessed the (victim and) found him to be stable enough not to be hospitalized,” the DCF report said.

At school, Cruz routinely fought with teachers, was accused of swearing at staff and was referred for a “threat assessment” in January 2017, two months after the DCF investigation concluded, The New York Times reported Saturday, citing school disciplinary records it obtained.

The records show he was suspended several times in the 2016-17 school year and was frequently absent. They also show Cruz attended at least six schools, including a school for students with emotional problems, the newspaper said.

Cruz had been diagnosed with autism, a neurological disorder that often leads to social awkwardness and isolation, and attention-deficit-hyperactivity disorder, or ADHD.

The FBI said a person close to Cruz called the FBI’s tip line and provided information about Cruz’s weapons and his erratic behavior. The caller was concerned Cruz could attack a school. The agency acknowledged the tip should have been shared with the FBI’s Miami office and investigated, but it was not.

Broward County Sheriff Scott Israel said his office had received more than 20 calls about Cruz in the past few years.