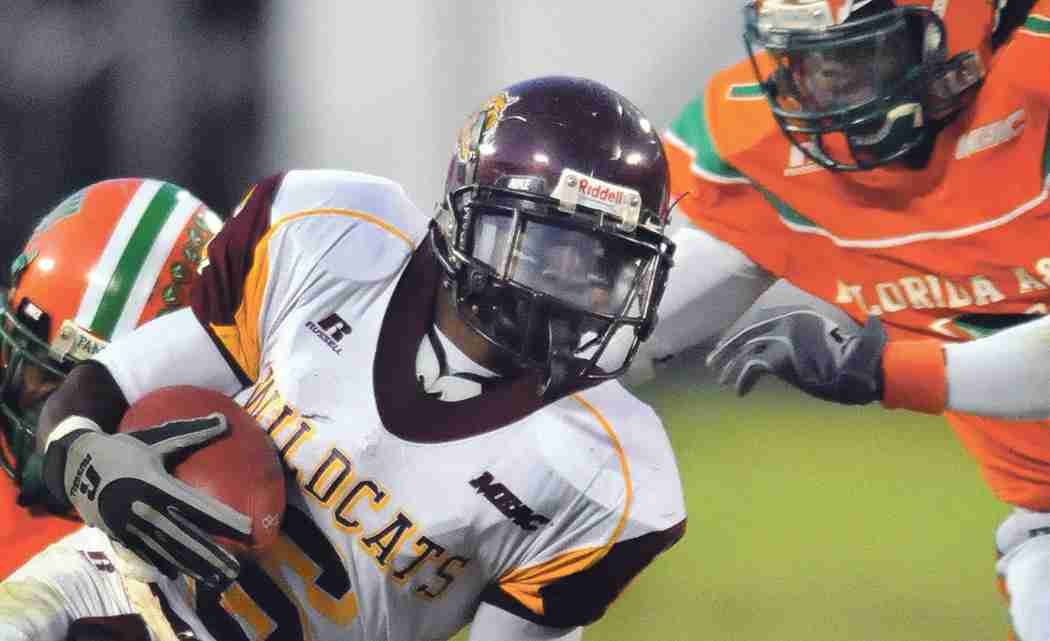 The Florida Classic, which will be played November 22 between in-state rivals Bethune Cookman University and Florida A&M University, is much more than just a football game. It is a bona fide spectacular event with family fun, social events, job fair, panel discussions and so much more. It is now the largest in state rivalry between any two black colleges or universities in the world. It has even surpassed the Bayou Classic between Southern University and Grambling in New Orleans. To date, more than 1.5 million people have attended this amazing rivalry, and once again students, alumnae and even those who attend neither school, will descend upon Orlando this year for the game and the array of activities surrounding the weekend’s events. This year, which is expected to be just as exciting and festive, is kicking off on Friday, November 21, with hordes of activities for spectators to choose from. In addition to the big game, the Battle of the Bands and other activities, this year there will even be a panel discussion among university presidents and administrators, which will be free and open to the public. You don’t want to miss the most brilliant minds, as some of the nation’s premier Historically Black Colleges and University (HBCU) leaders come together addressing critical issues facing HBCU’s. Join this sensational panel discussion on how you can help the plight of HBCU’s.

The history and rich tradition of the “Classic” has touched generations of people. Grandparents, parents, and now kids are still enjoying the rivalry for “bragging rights” in the Sunshine State! What is now known as “The Florida Classic,” actually commenced in 1978 in Tampa, but the series between the two rival schools actually started way back in 1925 when the teams played against each other for the first time. FAMU won that first game with a score of 25-0. But a year later, Bethune Cookman College (then BCC) won 12-0 in 1926. At one point the Rattlers won 19 straight games against their arch rivals, and the game drew ever-increasing crowds. It soon became apparent that their home fields were too small to hold the football spectacle. They had to abandon their home stadiums and move to bigger venues. In that first “Florida Classic’ held in Tampa, FAMU came from a 17-0 halftime deficit and went on to win the inaugural “Florida Classic” with a score of 27-17. The series took a hiatus in 1983 and 1984 when the two schools could not agree on a playing site. But public pressure from alumni, fans and state officials brought them back to the drawing board and negotiations resumed and the rivalry picked back up in 1985. The renewal of the rivalry was a thriller and Bethune Cookman won 31-27. The “Classic” moved to Orlando’s Citrus Bowl in 1997 when a rousing crowd of over 56,000 showed up for the big game. That was far more than had attended in Tampa. That number continued to climb and in 2003, the game saw its largest crowd ever, at over 73,000 attendees. To date, FAMU leads the series 21-11.

A capacity crowd of over 55,000 is expected this year – the biggest in recent years, as the game and its related events are sure to be a huge draw. This will be the first game of the series to be held in the New Citrus Bowl Stadium. Stadium features larger & more comfortable seating with seat backs, improved concessions, more club suites, party deck area, and video displays throughout the stadium so that the game is viewable from any location inside the stadium. It is sure to be a thriller as the comfort level has increased tremendously.

Below is the official slate of events for the 2014 Florida Classic between the Florida A and M Rattlers and the Bethune Cookman University Wildcats.

Students and working professionals are given the opportunity to meet top businesses and hiring companies from across Florida. The Expo also includes professional development and employment search seminars lead by recruiters and career experts.

The official social event of the Florida Classic gets alumni, fans, and supporters ready with a rooftop party overlooking the Orlando metro and presented by Coors Light.

Will the Wildcats take the title for the fourth year in the row or will the Rattlers break the Wildcats’ winning streak and claim bragging rights for the next year?

State of the Florida HBCU: Pathway to Preeminence on Retention and Graduation

The weekend concludes with a panel discussion featuring Florida’s HBCU presidential leaders discussing best practices for common concerns as it pertains to retention and graduation for the broader community.