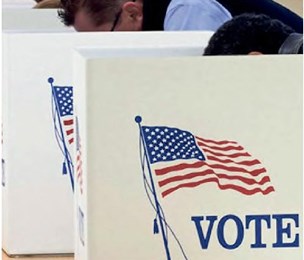 The hotline is a part of the party’s new year-round Voter Protection Program that was launched in May as an effort to tackle the growing threat to Floridians right to vote.

The hotline will be staffed with a mix of paid staff and trained volunteers from across the state and will work to educate voters, answer questions and ensure that all legal votes are counted. In addition to educating voters and serving as a valuable resource to protect voter rights, the hotline will be used to identify trends in voter suppression across the state and work with local supervisors to address those before the 2020 election.This is the first time the party has had a voter protection hotline during a non- election year.

“Voters across the state have witnessed Republican efforts to suppress the vote -passing legislation that implemented a modern-day poll tax, limiting access to the ballot box on college campuses and reducing the days that vote-by-mail ballots can be mailed, are only a few of their efforts to limit legal voting in Florida,” said FDP Chair Terrie Rizzo. “We know that voter suppression is happening 365 days a year in Florida, and now any voter can call 1-833-Vote-FLA, 24 hours a day and be provided with the information they need to combat efforts to limit their vote and their voice.”

Most calls will be answered live, unless the volume of calls exceeds the hotline’s capacity to answer in person. If that happens, every caller has the option of leaving a voicemail message to have their concerns addressed accurately.

Next post 270,000 BCPS STUDENTS HEAD BACK TO SCHOOL ON WEDNESDAY, AUGUST 14, 2019 SUPERINTENDENT WELCOMES STUDENTS ON THE FIRST DAY OF SCHOOL