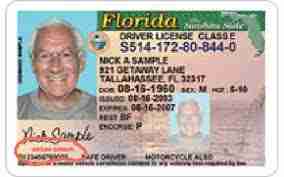 TALLAHASSEE, Fla. – Thousands of motorists paid $27 to update their driver’s licenses but were instead sent new licenses with their old address.

The Department of Highway Safety and Motor Vehicles said there was a glitch in its 30-year-old computer system and apologized for the mistake. The Tampa Bay Times reports 8,576 people were affected between Sept. 27 and Oct. 1. More than 1,208 drivers in Miami-Dade were impacted.

The state said earlier this week that it will mail corrected licenses for free and sent a notice to county tax collectors across the state about the situation.

State law requires people to update the address on their license within 10 days of moving or risk a $30 fine. Those who moved from out of state have 30 days to apply for their initial Florida license.

“I went online to add my new address,” said Nicole Johnsen of Port Richey, whose license arrived at her new address days later. “But when I looked at it, it still had the old address on it.”

“That delay meant that we were printing the licenses and ID cards faster than they were being updated in the system,” said agency spokeswoman Alexis Bakofsky.

The agency is asking the Legislature for $7.4 million next year for the first phase of system updates to ensure this type of glitch isn’t repeated.

Next post More rain a setback for soggy state flooding