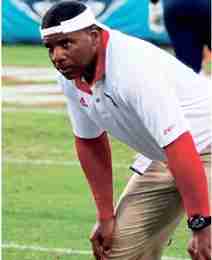 GAINESVILLE, Fla. – Florida has filled out its coaching staff by hiring Corey Bell and Brad Davis as assistants on Saturday.

Bell, who is expected to coach defensive backs, is leaving USF after a month on the job. He was Florida Atlantic’s defensive backs coach the last two seasons. He previously worked at American Senior High School (2011-13) and Miami Edison Senior High School (1997-2007). He also served as Miami’s director of football operations (2007-10) while current Florida defensive coordinator Randy Shannon was head coach there.

Davis served as offensive line coach for North Texas (2016) and East Carolina (2015) the last two years. He replaces Mike Summers, who left to take a job at Louisville.