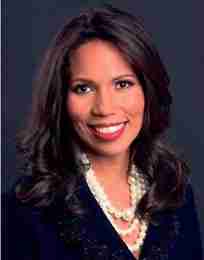 MIAMI GARDENS, Fla. – Dr. Roslyn Clark Artis is no stranger to making history. In 2014, she became the first woman to assume the presidency at Florida Memorial University (FMU).

Last Friday, it was announced that Artis has been selected to serve as the president of Benedict College in Columbia, South Carolina. She will once again be the first woman to serve as the institution’s ‘educator-inchief.’

In the June 30 announcement about Artis’ selection, Benedict College wrote on its Facebook page:

“As President of Florida Memorial College, she led an unprecedented academic innovation of several programs, expansion of online courses, and developed new majors in highdemand fields. Additionally, she created academic centers of excellence and updated the University’s technology infrastructure and website. She led the development of the University’s Five-Year Strategic Planning Process and increased grant writing productivity. Since assuming the presidency in 2013, unrestricted gifts increased 20% (year over year), restricted gifts increased by 38%, and revenue from grants and sponsored research increased by 22%. Dr. Artis is also credited with soliciting and receiving the largest gift from a single donor ($3.8 M) in the institution’s history.”

This selection comes weeks after Artis withdrew from consideration for the presidency of Jackson State University after it was reported that she was among the finalists for the position.

Though Artis could not be reached directly for comment, she did share a link about her appointment on Facebook on July 3. Congratulatory wishes poured in from users. Some of which were bittersweet, noting the loss it would be to South Florida R. Wayne Woodson wrote, “Congratulations Dr. Roslyn Clark Artis. I look forward to seeing all the wonderful things you do at Benedict College.”

“Congratulations!!!! Although you will be missed in South Florida, we thank you for you leadership and sharing of knowledge. You are a class act…lead on!!!!” another user Terri Crook posted.

Darryl Perry wrote, “Wishing Dr. Roslyn Clark Artis continued success as she prepares to take the helm at renowned HBCU Benedict College. A tremendous loss for our South Florida community but another milestone opportunity for this leader in Higher Education.”

Jolinda Harris, the chair of FMU’s Board of Trustees released the following statement about Artis’ departure on July 2:

“On behalf of the Board of Trustees of Florida Memorial University (FMU), our prayers and well wishes are with Dr. Artis and her family as they embark upon this new endeavor. Her commitment and dedication to the FMU family and community will be missed.”

According to Diverse Education, Artis said her time at FMU was wonderful, but she is she is humbled, grateful, excited and ready to use her skills and talents in a new environment.

Diverse also reported she is supposed to begin her new role Sept. 1.