From the block to the board room 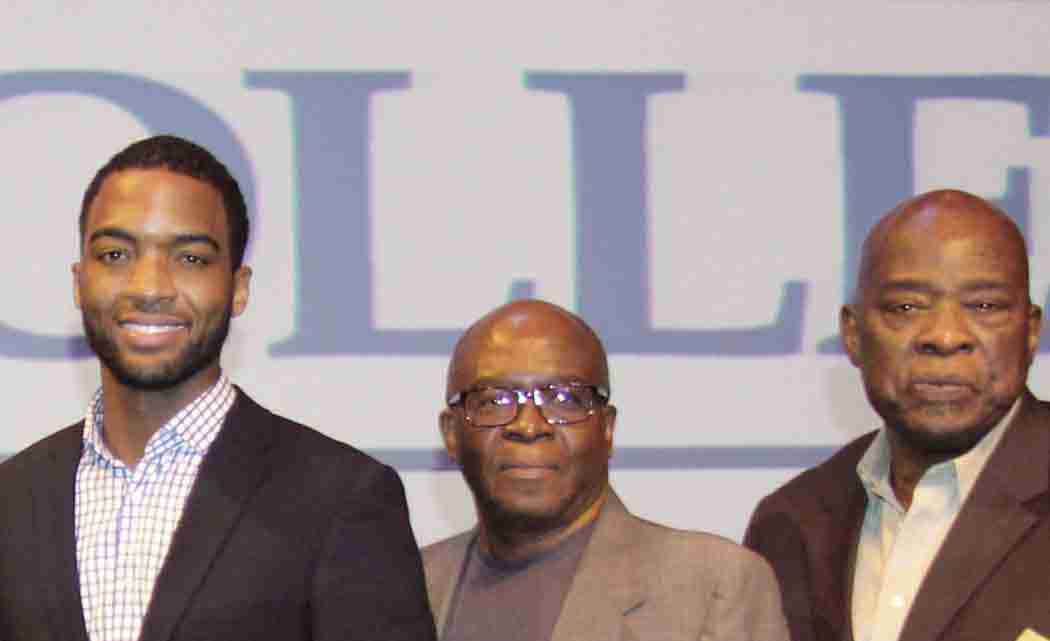 PEMBROKE PINES — Breaking down economic and educational barriers that impede the growth of young black males is imperative for their success, according to Rudy Jean-Bart, an assistant history professor at Broward College South Campus.  Jean-Bart organized a panel discussion recently to address the challenges black males face including racial profiling, lack of career opportunities and self-esteem.

The goal of the panel discussion was to generate ideas to help young black males succeed as a part of an initiative called, “From the Block to the Board Room.” The forum entitled, “Where Do We Go From Here?,” was held at Broward College’s Performing Cultural Arts Theatre at the Judson A. Samuels South Campus, 7200 Pines Blvd., Pembrook Pines, Wednesday, Jan. 21.

Panelists included John Glenn, an assistant professor of English at Broward College South Campus, George Odom Jr., assistant public defender for Broward County,  Matthew B.Beatty, the director of communications for the Miami Foundation, Percy Ricketts, a psychotherapist and the founder of the Men’s Mental Health Center and Nevilon J. Meadows, founder of Men Under Development, Inc., a community organization that works with at risk males in Broward and Miami-Dade counties.

Jean-Bart said that the panel discussion specifically focused on what could be done as a community to help African-American youth, particularly males, succeed.  “Our young black males consistently face many obstacles,” he said.  “It is important that we get together and dialogue about some of the pitfalls that life will bring their way.”

Ricketts said that black men need a forum to express their concerns about the manner in which they are perceived and treated.

“I think it is important for us as a community to engage in activities such as the (panel discussion) in which men in general, but especially black men, can get the opportunity to express their concerns and get feedback from other community members,” he said.  “As a black man, and as a psychotherapist, who has been working very closely with other black men for almost two decades, I think that many black men today feel marginalized and disrespected in many areas of their lives.  They feel invisible, that they have many reasons to be angry.”

Marcus D. Davidson, senior pastor at New Mount Olive Baptist Church in Fort Lauderdale, expressed similar thoughts that there are many unresolved emotions that could become volatile, especially in light of the George Zimmerman acquittal and two grand jury decisions not to indict Ferguson police officer Darren Wilson and NYPD officer Daniel Pantaleo, both white, who killed or were instrumental in the deaths of unarmed black men Mike Brown, 18 and Eric Garner, 43, respectively.

“Many people are hurt, angered and in pain regarding the deaths and rulings of the courts,” he said.  “There is a need for the voices of the people to be heard.”

The church held a similar discussion in December entitled, “The Holiday Peace Community Forum,” which included panelists from local clergy, politicians, education and youth, as well as Tracy Martin, the father of slain unarmed black teenager Trayvon Martin, to address concerns of black men dying at the hands of law-enforcement.  “We are encouraging people in our communities to become more involved,” Davidson said.  “We can do so by consistently voting, attending (community) meetings and demanding that laws be put in place to protect us all.”

Ricketts said that he thinks many believe accountability and justice are not being served in these cases.

“Many believe that events throughout the United States, in which a number of young black men lost their lives, serve to affirm a widespread belief among this group that the same thing could happen to anyone of us or our children,” he said.  “And that the ones who are responsible for such heinous acts, will never be held accountable.”

Davidson said he hopes the community forums and discussions will bring people together.

Glenn said he thinks the panel discussion at Broward College revealed the sense that people as a whole are all stakeholders in the condition of this society and its citizens, black men or otherwise.  “It’s necessary to articulate ways to enrich and empower ourselves,” he said.  “And if nothing else, discussions like this stimulate our intellectual appetites.  Most would agree that’s a starting point for growth.”

Jean-Bart said that there are barriers that impede black males and their ability to achieve personal and academic success. He said that the panel discussion may be useful in producing solutions to overcome these barriers.  “(There is) Ferguson, high incarceration rates, high (high school) dropout rates and a host of other social factors that confront black males.” “If there is economic development in our neighborhoods, then the desire for education is going to come.  There’s a need for the black businesses in our neighborhoods to create internships to give our young men and our young women in general an opportunity for employment to prepare them for the future.”