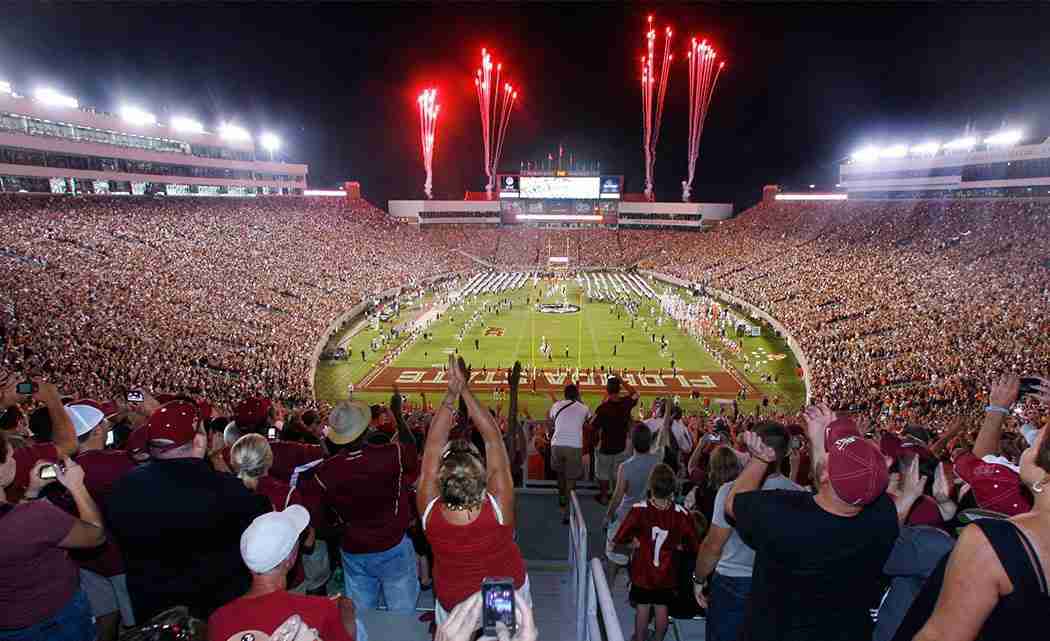 TALLAHASSEE, Fla. —  Florida State University football fans who go to the game this weekend can bring their guns – if they have a concealed weapons permit and they keep them locked in their cars, the school said Wednesday, the day after being sued for a policy that bans guns on campus.

But that’s not good enough, said Florida Carry, Inc., the group that’s suing the school. It maintained that any legal gun owners, permitted or not, should be able to lock their guns in cars on campus, whether they’re there for football games, classes or visiting.

The school said it still has a strict policy to not allow guns on campus, but two years ago began making an exception for people who have a concealed weapons permit and who lock their guns in their cars. The policy change came after Florida Carry won a lawsuit against the University of North Florida that overturned a policy banning guns locked in cars. Florida State said it has updated its website with game day policies to address Florida Carry’s lawsuit.

“At no time while the out-of-date web site language existed was any individual cited for having a firearm or weapon legally secured in a vehicle,” the school said in an email to media.

The Seminoles play University of South Florida on Saturday.

The school also said it will continue to oppose legislative efforts to allow concealed weapons permit holders to bring guns on campus.

“While we fully intend to continue complying with Florida law, I nevertheless reiterate my strenuous opposition to the recent initiatives to permit the carrying of guns on university campuses. I do not believe that arming students increases campus safety,” President John Thrasher said in an email.

Florida Carry executive director Sean Caranna said he plans to follow through with the lawsuit, saying the university’s statement doesn’t address student codes and because legal gun owners without permits should also be able to keep guns locked in cars.

“This is wholly insufficient,” Caranna said. “Their attorneys I’m sure are very good, but they are not experts in firearms law.”